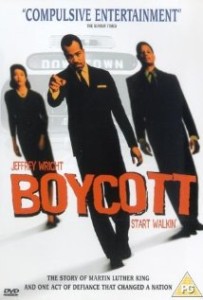 Boycott is a made-for-TV movie that dramatizes the events of the Montgomery Bus Boycott, weaving vintage newsreel footage with scenes depicting the public and private dramas involved in the protests.

“In this retelling we go behind and beyond the public record. In Boycott we explore the personal emotions, the domestic struggles, and the unknown conflicts that precede and under gird courage. We explore the consequences of moral choices. And we are reminded that these and similar choices must still be confronted one by one, by individuals and by society, if we are all to live free at last. For refusing to allow history to slip into ‘the past,’ Boycott receives a Peabody Award.” 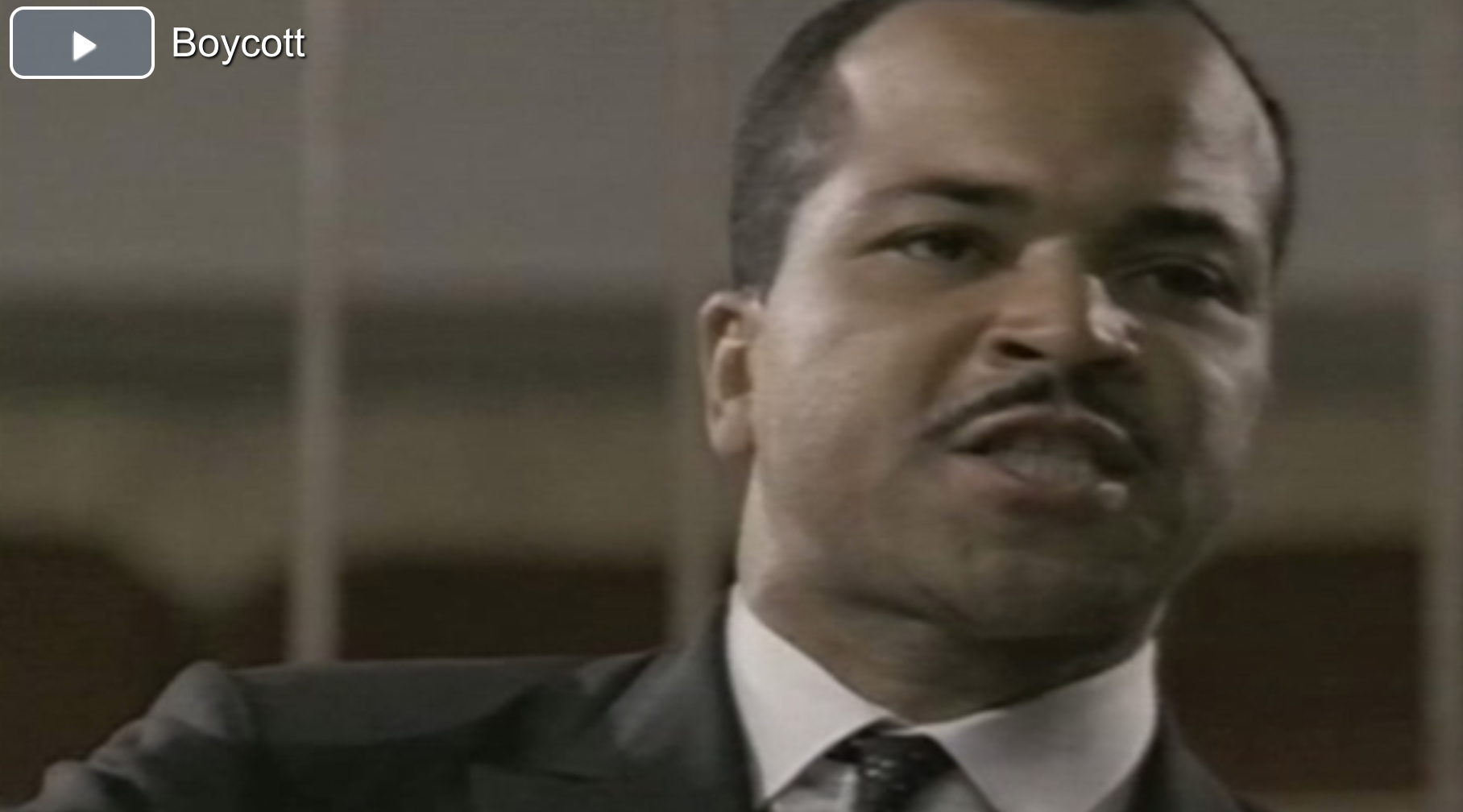 Coretta Scott King recounts what she learned from Bayard Rustin while she was a student at Antioch College.

This film is currently available on Hulu. 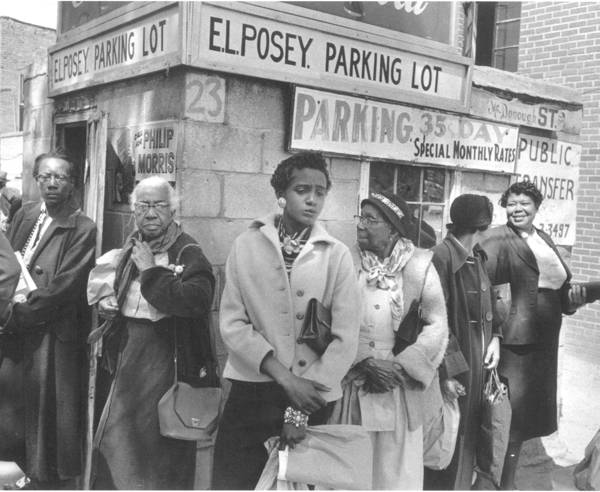 After a 381-day boycott, a federal ruling declared the Alabama laws requiring segregated buses to be unconstitutional.