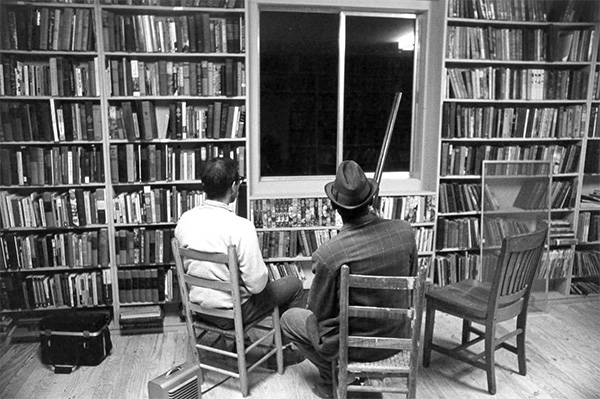 This country is bad with its history. Pieces of history that could help us think more clearly about today’s movements for social change are often ignored or distorted in popular media or commercial textbooks. This is especially true in the treatment of “nonviolent” resistance in the Civil Rights Movement.

We see this in how the import of the mid-20th-century civil rights struggle has been reduced. Julian Bond once succinctly and pointedly quipped that currently the public’s understanding of that struggle boils down to “Rosa sat down; Martin stood up. And then the white folks saw the light and saved the day.” To state the obvious, we need to know a lot more about what took place and why if we are going to find and apply the most useful lessons of movement history to 21st-century life today.

Consider what Dave Dennis, Mississippi project director for the Congress of Racial Equality (CORE) in the early 1960s, told me about C. O. Chinn of Madison County, who became one of the most important figures in the Mississippi Freedom Movement. He barely exists in conventional movement history and scholarship although in 1962 at just 44 years of age he was already almost a legend when young CORE field secretaries began working in the county. C. O. Chinn was one of the first to embrace these CORE workers and the emerging local movement; they probably would not have survived without him. As the county sheriff, Billy Noble, once said of Chinn, “There are only two bad sons of bitches in this county; me and that nigger C. O. Chinn.” Many whites in the county feared Chinn. CORE field secretary Mateo “Flukie” Suarez, said of him: “Every white man [in the county] knew you didn’t fuck with C. O. Chinn. He’d kick your natural ass.” And as his wife Minnie Lou Chinn once said of her husband, “He’d fight the devil out of hell if he had to.” 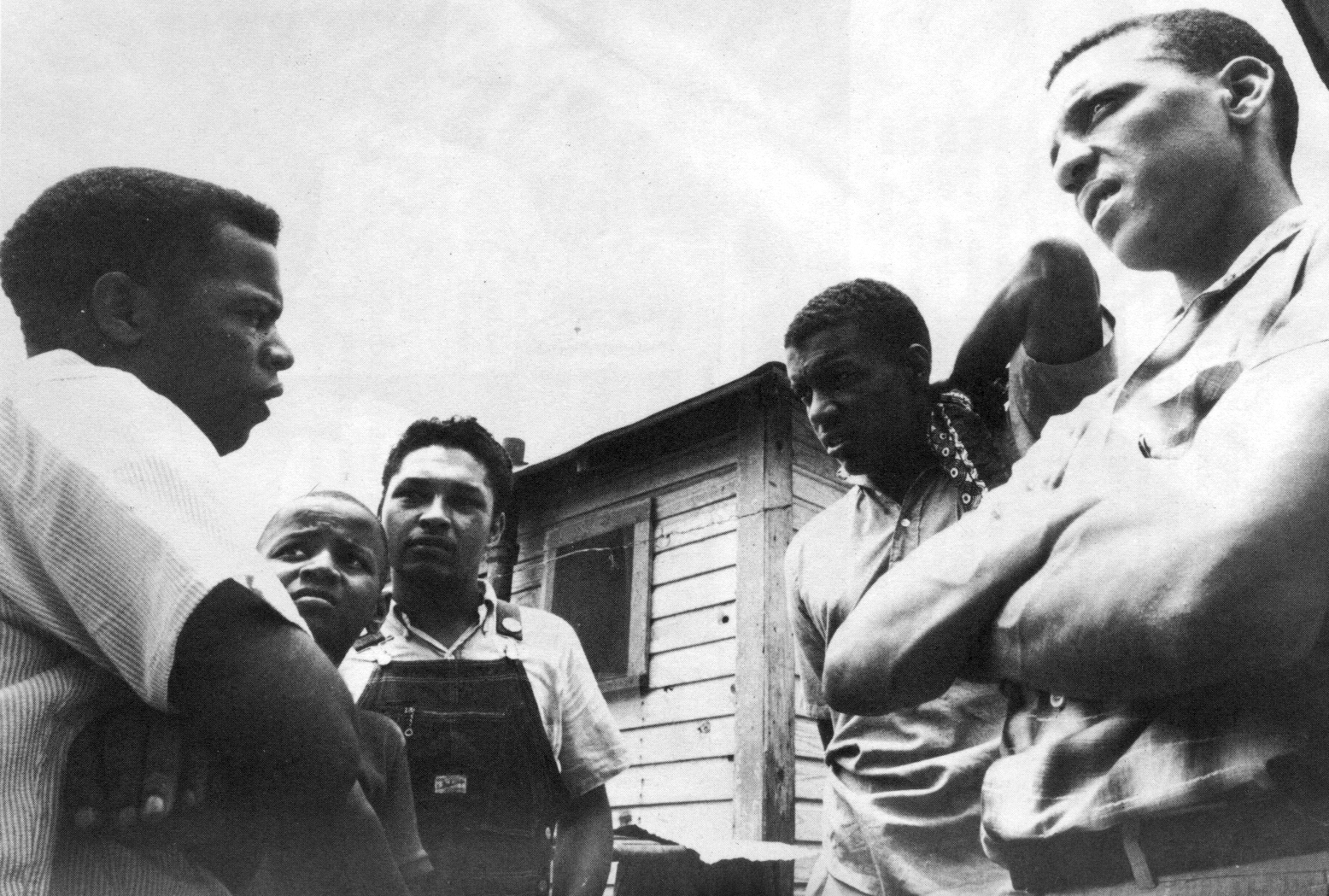 When Dennis first met Chinn, he encountered the reality largely ignored today that guns were inescapably going to be part of his and CORE’s grassroots organizing projects, notwithstanding the organization’s founding commitment to nonviolence as a way of life. George Raymond, deeply committed to nonviolence, and who was the project director Dennis had sent there, told him that he had a problem with Chinn bringing his guns around movement activities. As a meeting at a local church got under way, Raymond asked him to step outside and talk to Chinn. “Whenever we have a meeting,” Raymond told Dennis, “C.O. Chinn sits outside with his guns. He won’t leave. He says he’s here to protect his people. Can you talk to him?” So, Dennis recalls:

I went outside to talk to him. He’s sitting in the back of his truck with a shotgun across his lap and a pistol by his side. I introduced myself, told him about CORE’s nonviolent philosophy. He listened. Then, very calmly, he told me: “This is my town and these are my people. I’m here to protect my people and even if you don’t like this I’m not going anywhere. So maybe you better leave.” I could tell he wasn’t a guy for any bull and I could tell he was there to do what he said he was going to do. I didn’t argue. I said, “Yes sir” and shook his hand, then walked back into the church thinking he’s got his job to do and I’ve got mine. 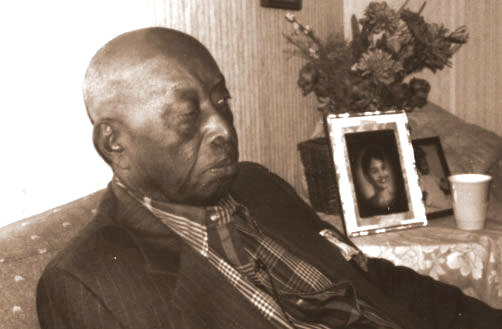 The best way to understand this Mississippi movement episode is not as a story of C. O. Chinn and his guns, but as a story of organizers and the communities they were embedding themselves in during the Freedom Movement of the 1960s. Within this organizing experience, guns in the hands of supporters sometimes existed in tension with the nonviolence usually used to define movement philosophy and practice, but that more often existed in tandem with nonviolence. In other words, something more complex was at play.

It is the complexity of the movement — so often missing — that is my chief complaint about much movement historiography — at least that found within textbooks. The story of the Freedom Movement is a story of resistance. The “non-nonviolent” Chinn was attracted to and willing to support the nonviolent CORE because he recognized and valued that it was an organization resisting white supremacy. This is more important, more fundamental, than the weapons he often carried. This was true for SNCC and even SCLC as well as CORE.

The stories that emerge from the Southern Freedom Movement introduce a set of extraordinary heroes and heroines who need to be better known: small farmers, sharecroppers, day laborers, craftsmen, entrepreneurs, and church leaders. Many of these men and women, chafing under white supremacist rule, chose to fight back. They often traveled armed and kept their homes organized for self-defense as well. Much of their story is set in rural communities and reveals an unexpected form of “black power” that was grounded in a collective determination to defeat white supremacy, manifested well before that term was popularized by Stokely Carmichael in 1966. These ordinary people were attracted to the nonviolent movement because of its militancy. The movement in turn welcomed and needed them because of their strength. 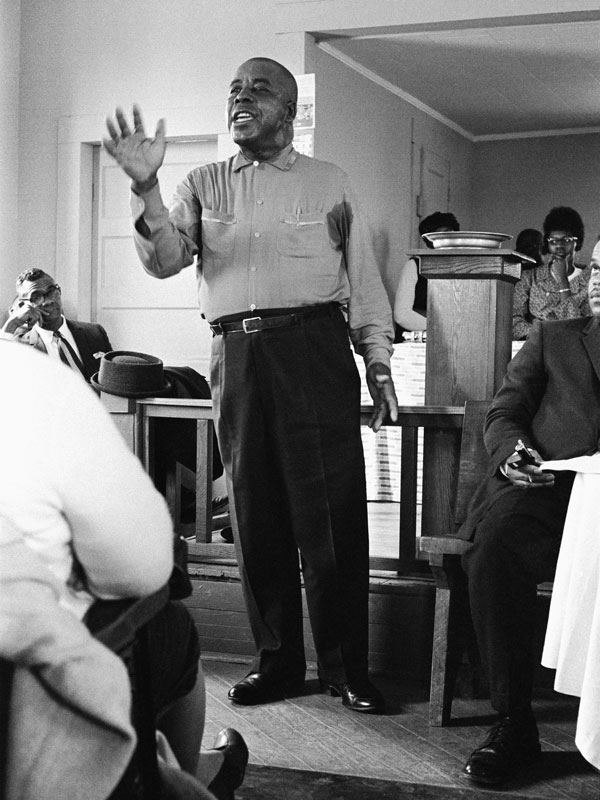 Asserting their right to defend themselves when attacked was a tradition that has safeguarded and sustained generations of black people in the United States. Yet this tradition is almost completely absent from the conventional narrative of the Southern civil rights struggle. Organized self-defense in black communities goes back to the aftermath of the Civil War. Guns were an integral part of Southern life. Although many rural blacks respected protesters’ use of nonviolence, they also mistrusted it. Hartman Turnbow, a black Mississippi farmer and community leader, was a case in point. With tragic foresight, Turnbow bluntly warned Martin Luther King Jr. in 1964, “This nonviolent stuff ain’t no good. It’ll get ya killed.”

Rev. King knew the risks. In fact, after the Jan. 30, 1956, bombing of his home in Montgomery, he applied at the sheriff’s office for a permit to carry a concealed weapon. He was denied the permit, but this did not stop him from having firearms in his house. Indeed, there were few black leaders who did not seek and receive armed protection from within the black community. They needed it because both local law enforcement and the federal government refused to provide it.

To get at a real understanding of this requires a bottom-up approach to movement thinking. Such an approach does not diminish the importance of strategic and tactical decisions emanating from the various national headquarters of movement organizations, but rather, elevates the importance of ordinary people to movement struggle.

C.O. Chinn, among other things, had a small farm and sometimes bootlegged whiskey. Men and women like him did not write papers or books, were rarely seen or heard on television and radio; more often than not they were spoken for and about. But these are the voices of people who actually made change and we need to recognize that these are the voices that gave credibility and power to the movement. Recognizing this — a history full of human richness and complexity and even contradiction — helps enable the much-needed replacement of the damaging over-simple narratives in school textbooks and classroom exchanges.

Two great lessons emerge from the experience of Chinn and others in the movement. These are essential not only for understanding movement history but also its relevance to struggle today. These lessons are:

Underlying all of this, of course, is resistance. In the Jim Crow South, African Americans were subjected to persistent violence targeting not only civil rights activists but also random acts of violence (rapes, beatings, homes burned, lynchings) that targeted the community to create a climate of fear and maintain white supremacy. Thus the fight for civil rights was also a fight for safety and security. African Americans often armed themselves for self-defense. The lives of “nonviolent” civil rights activists also depended on these armed communities for their protection. It was not either/or — violent or nonviolent — but instead a close relationship that mirrors the real complexity of most history.

This article is part of the Zinn Education Project’s
If We Knew Our History series. 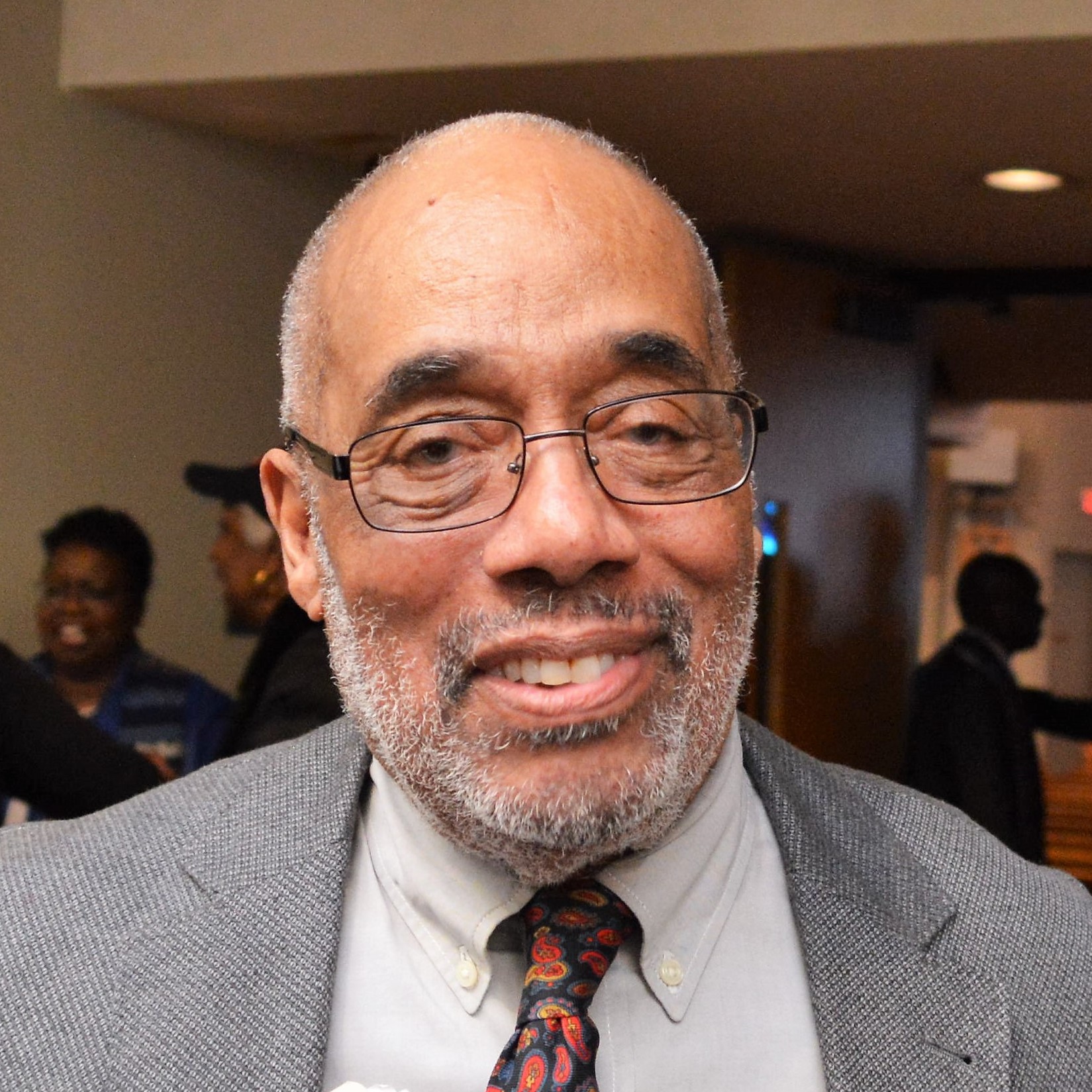 Charles E. Cobb Jr. is a former field secretary of the Student Nonviolent Coordinating Committee (SNCC), a journalist, and the author of a number of books including This Nonviolent Stuff’ll Get You Killed: How Guns Made the Civil Rights Movement Possible (Basic Books, 2014).

Teaching Activity. Teaching for Change. 2015. Introductory lesson on key people and events in the long history of the Selma freedom movement. 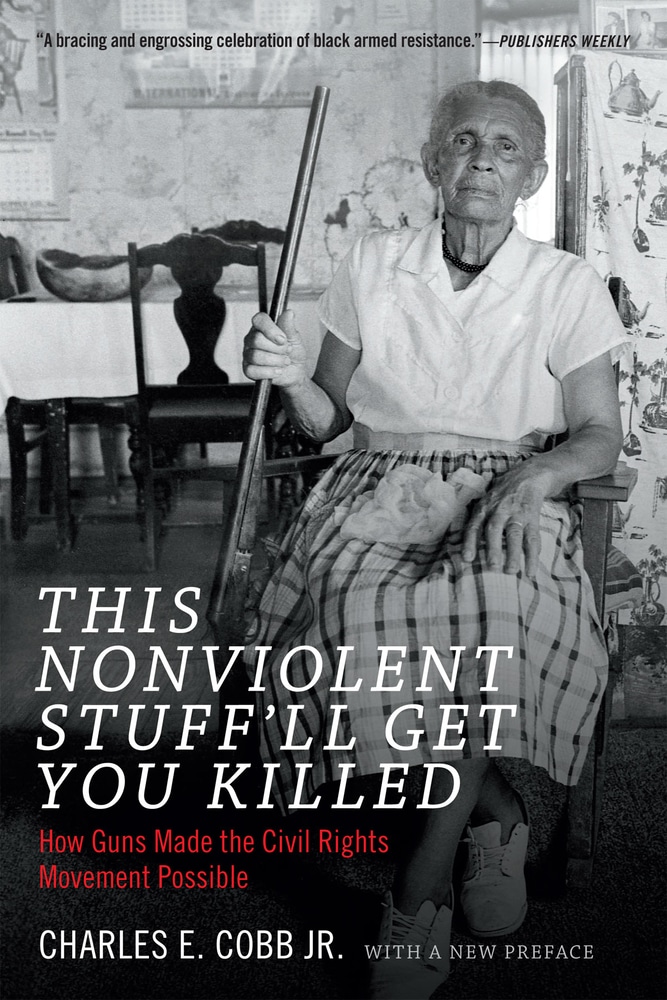 Book - Non-fiction. By Charles E. Cobb Jr. 2015. Cobb Jr. describes the vital role that armed self-defense played in the survival and liberation of black communities in America during the Southern Freedom Movement of the 1960s. 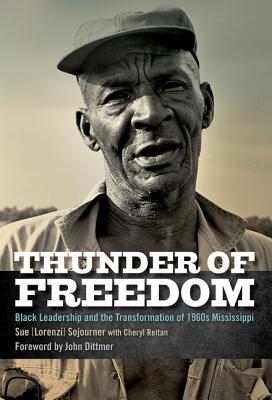 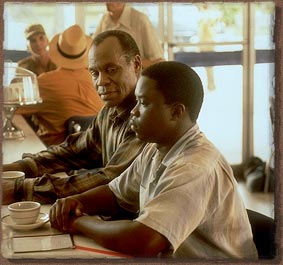 Film. By Phil Alden Robinson. 2006. 117 min. Based on the actual history of the Student Nonviolent Coordinating Committee (SNCC), student activism, and voter registration in McComb, Mississippi, during the Civil Rights Movement.