As the Pentagon commemorates the 50th anniversary of the Vietnam War, we revisit Bill Bigelow’s article that deals with the textbooks’ failure to grapple with the import of the Pentagon Papers, which were historical documents not military secrets, and why Daniel Ellsberg felt the American public needed to know the history of U.S. intervention and deceit.

The Pentagon Papers that Ellsberg exposed were not military secrets. They were historical secrets—a history of U.S. intervention and deceit that Ellsberg believed, if widely known, would undermine the U.S. pretexts in defense of the war’s prosecution. Continue reading. 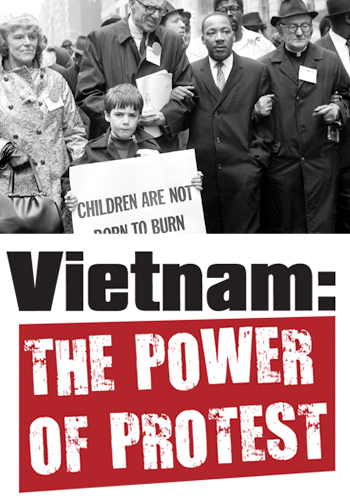 This year marks the 50th anniversary of the Vietnam Peace Movement which is being commemorated at the Vietnam: The Power of Protest convening in Washington, D.C. on May 1-2. As conference organizers explain, "This effort began last fall in reaction to the Pentagon’s plans for their own commemoration, including extensive public outreach and a false and one-sided website history of the Vietnam War that excluded the peace movement."