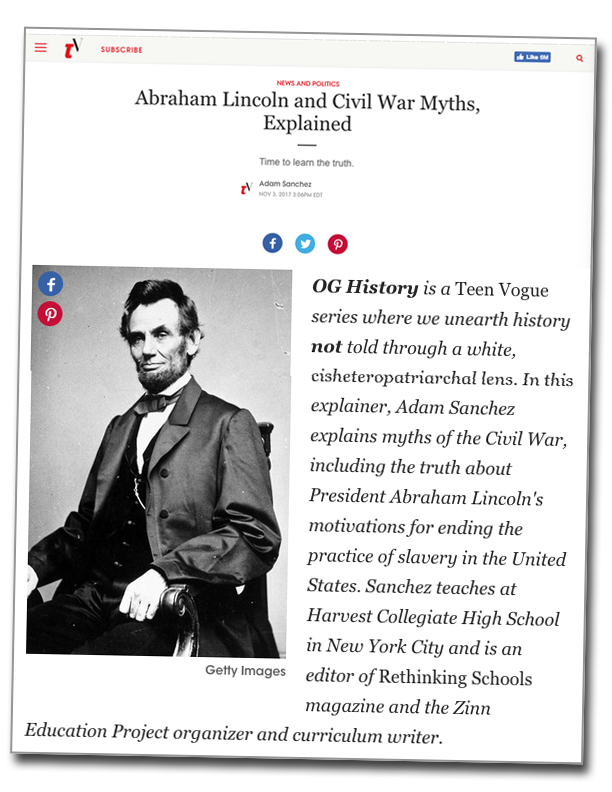 Time to learn the truth

By Adam Sanchez
Earlier this week, Trump’s chief of staff, John Kelly, stated on Fox News that Confederate General Robert E. Lee was an “honorable man” who fought “for his state” and that “the lack of an ability to compromise . . . on both sides” led to the Civil War.

In these comments, Kelly parroted one of the many Civil War myths: that the war was a dispute over states’s rights. This fable was widely promoted by the United Daughters of the Confederacy, which rewrote textbooks across the South to deemphasize the “right” that Southern leaders were most concerned with: profiting from the ownership of other human beings. This “Lost Cause” myth is particularly useful for Kelly and the Trump administration because it hides the essential reason the South seceded — to preserve slavery and white supremacy — allowing Trump’s white supporters to claim that they are preserving their “heritage” rather than racial privilege. Today, the idea of Confederate “heritage” as a unifying call for the white South pits white people against people of color.