On June 3, 1943, white U.S. servicemen and police officers descended upon a majority-Mexican American neighborhood in East Los Angeles, California, and harassed, beat, and detained hundreds of Mexican American youth. The violent riot was fueled by centuries of colonialism and white supremacy. 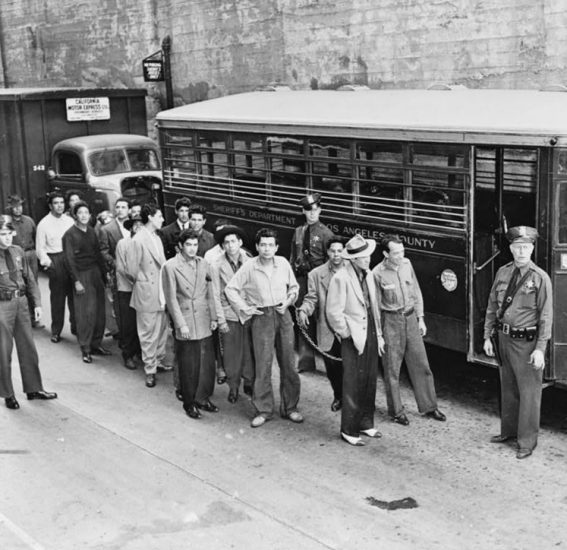 Driven by changing population demographics and racism, tensions in Los Angeles between “zoot suiters,” young Mexican American youth who often wore “zoot suits” (a type of oversize suit which was tapered at the ankles and often worn by Black jazz musicians), and the more than 50,000 servicemen in Los Angeles had been high. Though the anger had initially only been at those in Zoot suits, the attacks which followed were aimed at the Mexican American community at large.

About fifty sailors left the Armory on the night of Thursday, June 3, armed with makeshift weapons. The attack on Seaman Coleman was still fresh in their minds and rumors of new attacks were swirling through the base. Their first stop was the nearby neighborhood of Alpine Street — scene of many previous confrontations. Unable to find any zoot-suiters at Alpine, they proceeded toward downtown and stopped at the Carmen Theater. After turning on the house lights, the sailors roamed the aisles looking for zoot-suiters. The first victims of the zoot suit riots — 12 and 13-year-old boys — were guilty of little more than being in the wrong place at the wrong time. Ignoring the protests of the patrons, the sailors tore the suits off their bodies and beat and clubbed the boys. The remains of their suits were then set ablaze.

As the mob of sailors moved on, reports began to reach the Armory’s watch commander. Executive Officer Lieutenant Charles Bacon was sent to investigate. After failing to find any evidence of wrongdoing at numerous spots, Bacon came upon the Shore Patrol marching a group of sixty men to the Central Police Station, where they were to be placed in jail. Bacon assumed control of the situation and saw to it that no charges were recorded by the Shore Patrol.

The violence had a lasting impact in Los Angeles, with many trade unionists, celebrities, communists, and even the First Lady coming to defend Los Angeles’ Mexican American community. 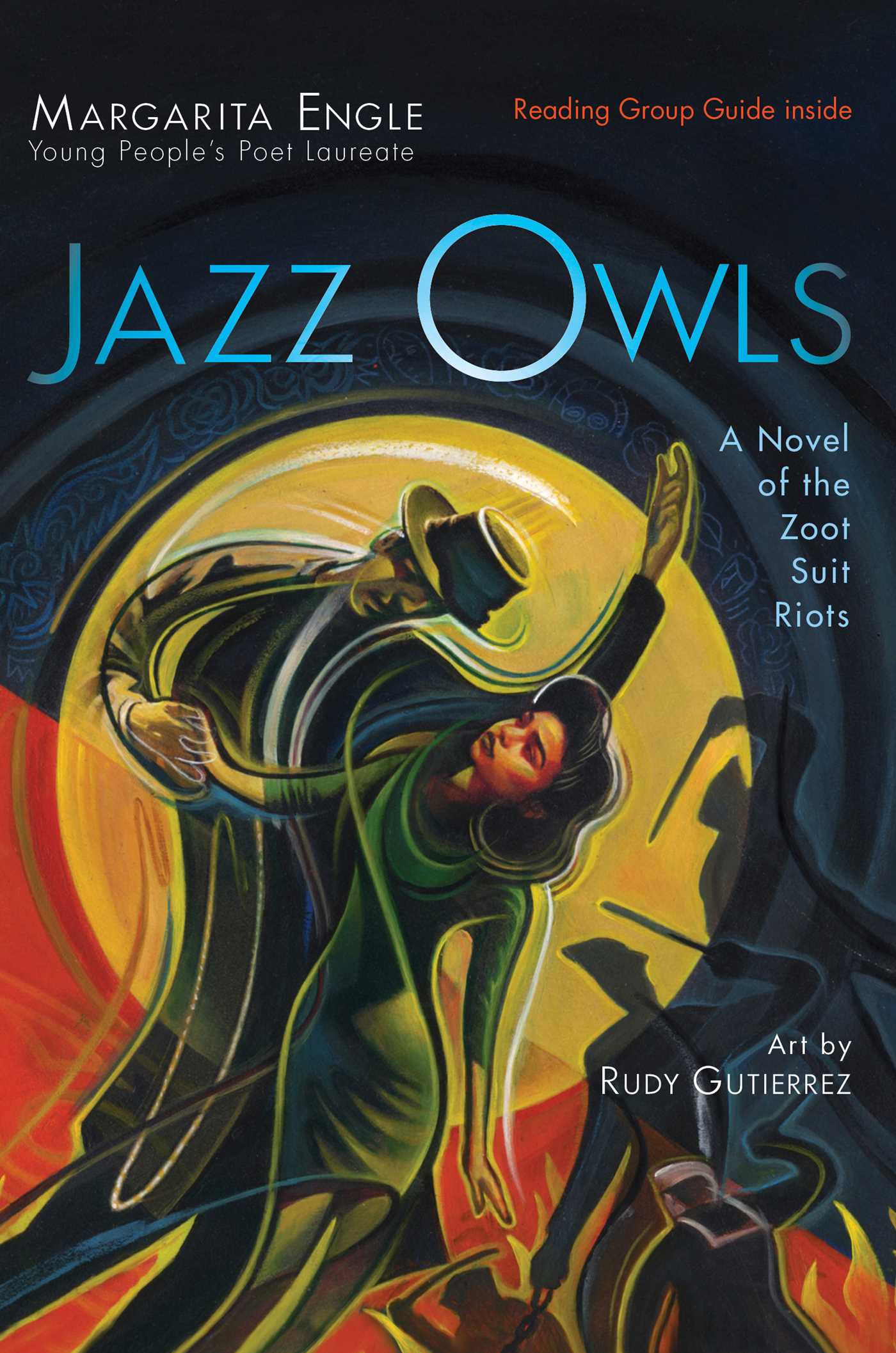 Jazz Owls: A Novel of the Zoot Suit Riots

Book — Historical fiction. By Margarita Engle. 2018. 192 pages.
A novel that uses free verse to tell the story of the 1943 Zoot Suit (or Sailor) Riots through a wide range of characters. 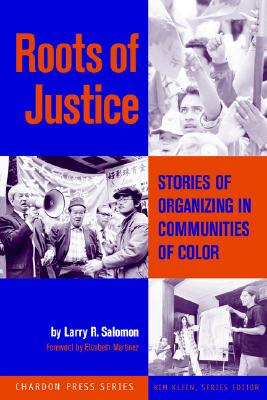 Roots of Justice: Stories of Organizing in Communities of Color

Book — Non-fiction. By Larry Salomon. Introduction by Kim Klein. 1998. 176 pages.
Stories of people who fought back against exploitation and injustice — and won.