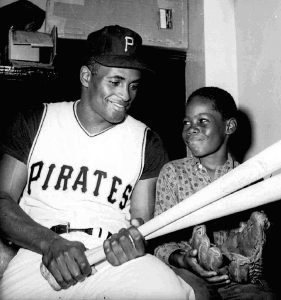 How is Clemente’s decision to travel to Nicaragua at great risk connected to President Nixon’s protection of the dictator Somoza (instead of aiding the people of Nicaragua) after the earthquake?

Read the excerpt below from Dave Zirin’s A People’s History of Sports to see the connection.

Thanks to Nixon’s elaborate obsession with audio technology, we know that his immediate concern after the [December 23, 1972] earthquake was not the horrific loss of life in Nicaragua [in Central America] but rather that the country would “go communist” in the ensuing chaos. Instead of providing relief, he sent in paratroopers to help the Nicaraguan National Guard keep order. Somoza had issued shoot-to-kill orders against anyone foraging for food, but not before shutting down all the service agencies that were feeding people…

Roberto Clemente had many friends in Nicaragua. He was also haunted by the thoughts of the children he had visited over the years. In twenty-four hours’ time he had set up the Roberto Clemente Committee for Nicaragua. Fear for his friends was supplanted by fury when he heard stories of Somoza’s troops seizing aid for their own enrichment. One friend returned to Puerto Rico with a story that he stopped Somoza’s troops from seizing his supplies by saying that if they didn’t let the supplies through, he would tell the great Roberto Clemente what was taking place. Clemente took from this that he himself would have to go to Nicaragua to make sure the aid got where it was supposed to go.

On December 31, 1972, he boarded a ramshackle plane overloaded with relief supplies. . . The plane went down a thousand yards out to sea and Clemente’s body was never recovered. . .

In the days after Clemente’s death, an obituary ran in the newspaper of the Black Panthers. The Panthers thanked Clemente for supporting the breakfast programs and health clinics operated by their Philadelphia chapter. . . .The obit ends this way:

It is ironic that the profession in which he achieved ‘legendry’ knew him the least. Roberto Clemente did not, as the Commissioner of Baseball maintained, ‘Have about him a touch of royalty.’ Roberto Clemente was simply a man, a man who strove to achieve his dream of peace and justice for oppressed people throughout the world.