It had been a month-long encampment of poor people and anti-poverty activists from all over the country who set up Resurrection City on the National Mall. Ralph Abernathy, Mel Thom, and others on the Ministers’ March. In the NMAAHC exhibit, © Laura Jones

See many photos of the 1968 Poor People’s Campaign.

On June 23, 2018, the Poor People’s Campaign: A National Call for Moral Revival convened at the US Capitol in Washington, D.C. for a Rally to Fight Poverty Not the Poor, after 40 days of peaceful protests and actions.

In 2019, the Poor People’s Campaign convened with over 1,000 community leaders in Washington, D.C. for the “Poor People’s Moral Action Congress, which included the largest presidential candidates’ forum of the pre-debate season, the release of our Poor People’s Moral Budget, and a hearing before the House Budget Committee on the issues facing the 140 million poor and low-income people in the nation.”

A Moral March on Washington and March to the Polls, led by Rev. William Barber and Rev. Liz Theoharis, was held on June 18, 2022 with more than 100,000 people. Watch a full recording of the speakers below. 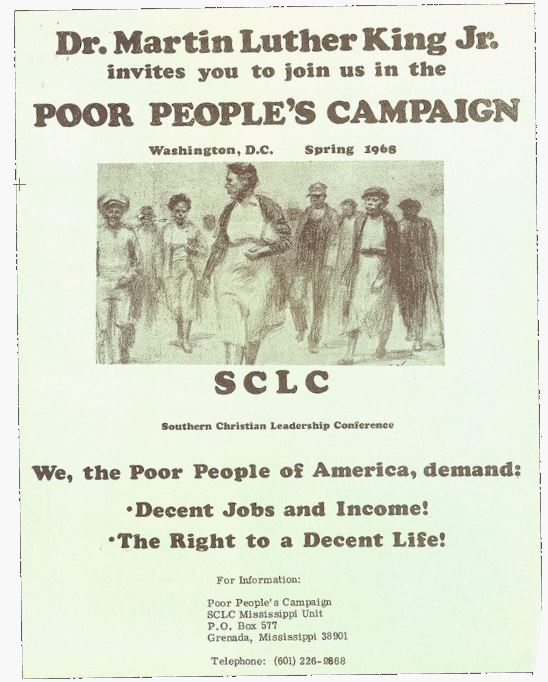