On June 12, 1956, Paul Robeson testified before the House Committee on Un-American Activities, where he was questioned about his political speech, associations, and party affiliation. Robeson was an acclaimed athlete, actor, singer, cultural scholar, author, lawyer, and — what was of interest to the rightwing politicians in U.S. government — an internationally-renowned political activist.

In his testimony to a HUAC hearing, ostensibly convened to gain information regarding his passport suit, Robeson refused to answer questions concerning his political activities and lectured bigoted Committee members Gordon H. Scherer and Chairman Francis E. Walter about Black history and civil rights. In 1958, the Supreme Court ruled that a citizen’s right to travel could not be taken away without due process and Robeson’s passport was returned.

Testimony of Paul Robeson before the House Committee on Un-American Activities, June 12, 1956. This recording is a re-enactment by James Earl Jones.

Mr. ARENS: Have you recently changed your mind about Stalin?

Mr. ROBESON: Whatever has happened to Stalin, gentlemen, is a question for the Soviet Union, and I would not argue with a representative of the people who, in building America, wasted sixty to a hundred million lives of my people, Black people drawn from Africa on the plantations. You are responsible, and your forebears, for sixty million to one hundred million black people dying in the slave ships and on the plantations, and don’t ask me about anybody, please. 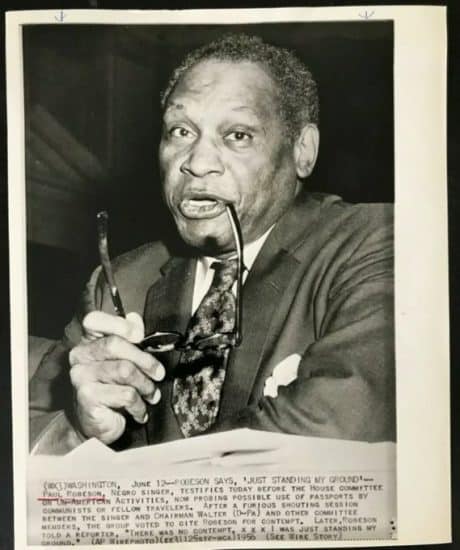 Mr. ARENS: I am glad you called our attention to that slave problem. While you were in Soviet Russia, did you ask them there to show you the slave labor camps?

THE CHAIRMAN: You have been so greatly interested in slaves, I should think that you would want to see that.

Mr. ROBESON: The slaves I see are still in a kind of semiserfdom. I am interested in the place I am, and in the country that can do something about it. As far as I know, about the slave camps, they were Fascist prisoners who had murdered millions of the Jewish people, and who would have wiped out millions of the Negro people, could they have gotten a hold of them. That is all I know about that.

Mr. ARENS: Tell us whether or not you have changed your opinion in the recent past about Stalin.

Mr. ROBESON: I have told you, mister, that I would not discuss anything with the people who have murdered sixty million of my people, and I will not discuss Stalin with you.

Mr. ARENS: You would not, of course, discuss with us the slave labor camps in Soviet Russia. 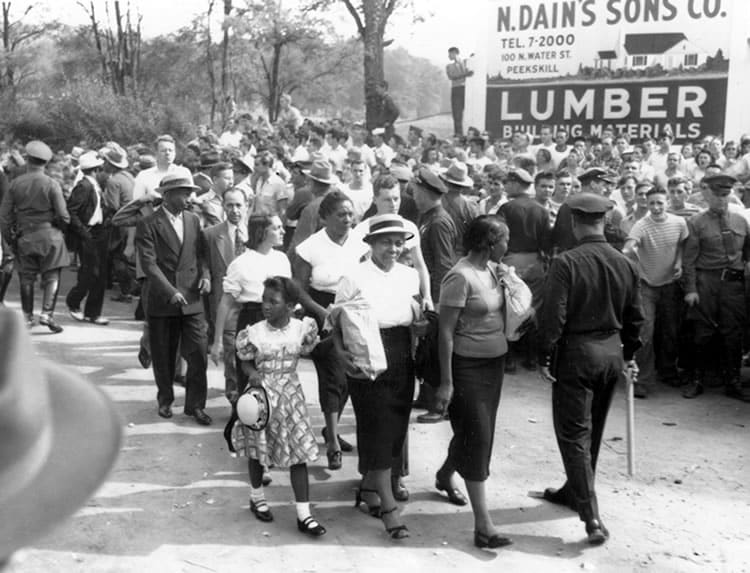