“The artist must elect to fight for freedom or for slavery. I have made my choice. I had no alternative.”—Paul Robeson

Paul Robeson’s concerns about fascism in the 1930s — military aggression, racial injustice, civilian bombings, and forced population displacement — remain issues of our own times. Seven decades later, the Abraham Lincoln Brigade Archives (ALBA)  magazine, The Volunteer, published a 28-page booklet in graphic novel format titled Robeson in Spain, detailing Robeson’s activism and dedication to the Spanish cause. It is ALBA’s hope that this work of art, history, and research can be embraced and appreciated by students of history and by the public as a way to convey the progressive ideals of Paul Robeson and the volunteers of the Abraham Lincoln Brigade.

By the mid-1930s, Paul Robeson had achieved international acclaim as an actor, singer, and public personality who criticized racism.  The rise and expansion of fascism in Germany and Italy and other parts of the world intensified his concerns about the precarious state of democracy, freedom, and social justice. After the Spanish Civil War began in 1936, Robeson threw his support behind the elected government. “The artist must take sides,” he announced. He sang often to raise funds for children displaced by the war and appealed for assistance to the Spanish Republic.

In 1938, he and his wife, Eslanda, went to Spain to learn directly about the fascist threat and to support the soldiers defending democracy. Three years later, after Spain had fallen to the pro-fascist dictator, General Francisco Franco and World War II had begun, the American survivors of the Spanish Civil War made Paul Robeson an honorary member of the Veterans of the Abraham Lincoln Brigade.

The “Robeson In Spain” project also includes two lesson plans, multimedia primary resources, and an extensive bibliography to facilitate the teaching and learning about the Spanish Civil War and the commitment of men and women from other countries to preserve democratic ideals. [Description from ALBA website.]

Published in The Volunteer (June, 2009) by The Abraham Lincoln Brigade Archives (ALBA). 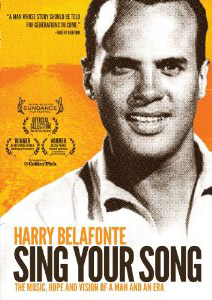 Sing Your Song: What Good is a Conscience If It Is Not Awakened

Film. Directed by Susanne Rostock. 2011. 104 minutes.
A biographical documentary that surveys the life and times of performer/activist Harry Belafonte. 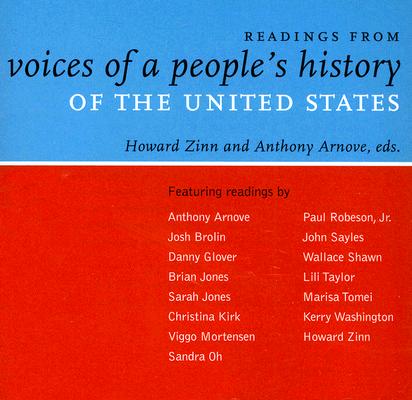 Audio CD. Edited by Howard Zinn and Anthony Arnove. 2007.
Sixteen readings by an all-star cast from "Voices of a People's History."