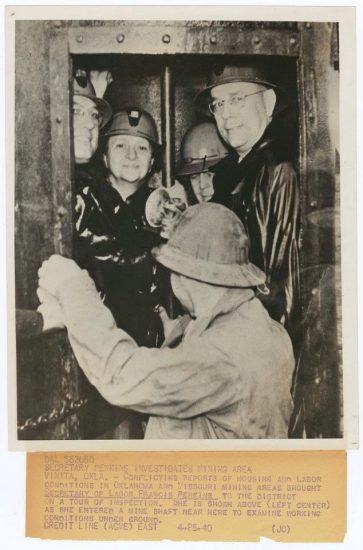 On July 5, 1935, the National Labor Relations Act (NLRA or Wagner Act) was signed into law.

One of the clauses states:

Employees shall have the right to self-organization, to form, join, or assist labor organizations, to bargain collectively through representatives of their own choosing, and to engage in other concerted activities for the purpose of collective bargaining or other mutual aid and protection.

Secretary of Labor Frances Perkins, having personally witnessed workers jump to their death during the Triangle Shirtwaist Factory fire, played a major role in getting the legislation passed.

In the photo to the right, Perkins is inspecting a mine.

While this was an advance, the struggle for the right to organize continued (and continues) to be a challenge, as this story of the 1946 Piedmont Leaf Tobacco Plant Strike exemplifies. Of relevance today is the role of the police. Whose side were they on as workers demanded their rights? 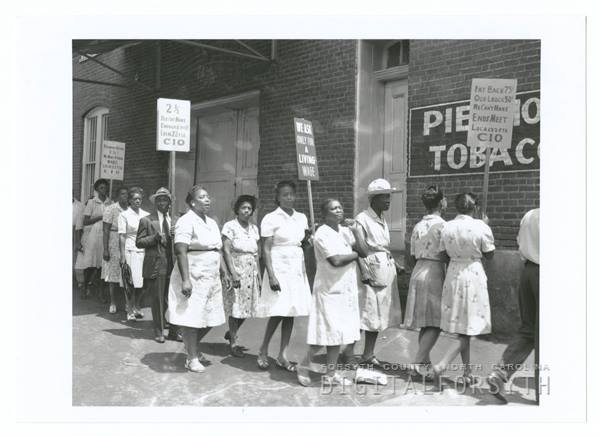 Below are lessons and other resources for teaching about labor history. We also recommend an article by Adam Sanchez in Rethinking Schools on teaching outside the textbook about the New Deal. 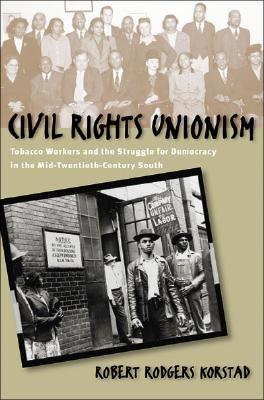 Civil Rights Unionism: Tobacco Workers and the Struggle for Democracy in the Mid-Twentieth-Century South