On this day in 1934, the historic Minneapolis Teamsters Strike of 1934 reached a settlement with union recognition and reinstatement for all fired workers. As described on the MHS website: “The strike was one of the most violent in the state’s history, and a major battle in Minnesota’s ‘civil war’ of the 1930s between business and labor. A non-union city, Minneapolis business leaders had successfully kept unions at bay through an organization called the Citizens Alliance. 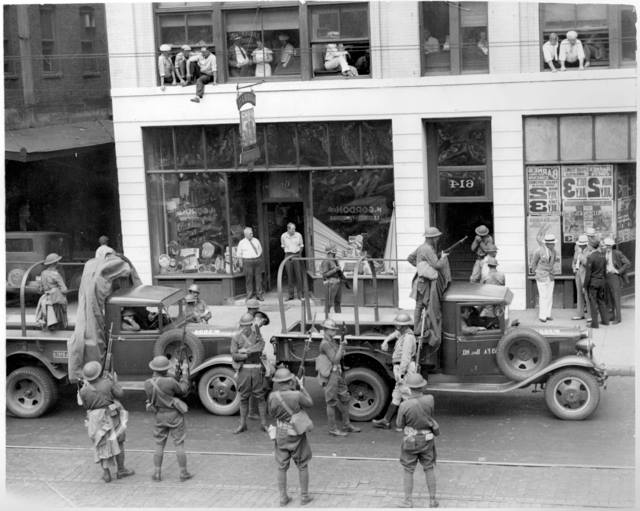 By early May 1934, one of the worst years of the Great Depression, General Drivers Local 574 of the Teamsters (IBT) had organized 3,000 truckers. When employers refused to recognize the union, or its right to speak for all of its members, union leaders called a strike.” There is an invaluable website for teaching about the strike called “Minneapolis Truckers Make History” with the story of the strike, photos, NHD projects, timelines, essays, and more.

Here are more resources for teaching outside the textbook about labor history.