From March 19-23, 1968, Howard University students seized the Administration Building. As two of the conditions for vacating the building, the students insisted on changes in the discipline policy and that courses be offered in African American history. 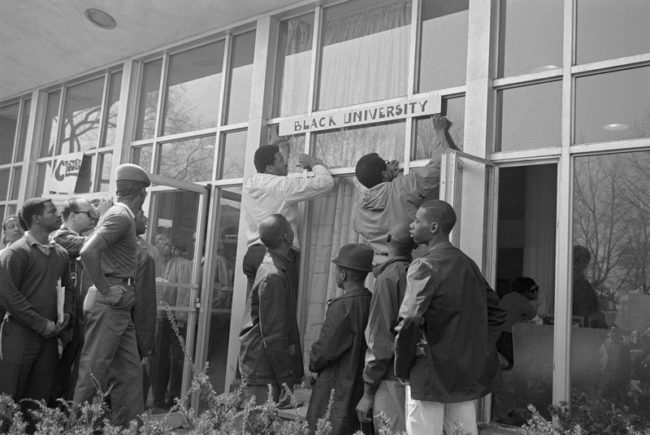 Here is a description of the protest in a WTOP News story, based on interviews in 2018 with two of the leaders.

On Tuesday, March 19, 1968, about 1,000 students held a rally in front of Douglass Hall. From there, a group of students entered the administration building.

The next move was to conduct a sit-in at President James Nabrit’s office until their demands were at least addressed, if not met.

The activists wanted Nabrit’s resignation; a judiciary system for student discipline; an emphasis on African-American history and culture in the curriculum, and the dropping of charges against 39 students inspired by the above issues who had made a protest three weeks earlier at Howard’s centennial Charter Day celebration.

Most important, Israel remembers now, they simply wanted negotiations, and to be heard. That was unusual at most institutions at the time, and particularly at Howard: “They would not dignify us with a response,” Adrienne Manns Israel said. “Our demand is an answer — we want you to say publicly what you think about these issues. And [Nabrit] never would.”

As they entered the building, it turned out they had more support than they thought.

“When we went in, we thought it would be the usual group . . . that we would be there, and it would be one more instance when they came and dragged us out,” Anthony Gittens said. “We turned around as we were walking into the building, and first there were scores, and then the word got out around campus about what was happening, and there were hundreds of students who joined the protest and took over the entire building.”

Continue reading in “Our demand is an answer’ — 50 years since Howard University protest” via WTOP News.

The 1968 protest at Howard University is included in segment 11 of Eyes on the Prize and in the documentary (streams for free online) “Color Us Black!” (May, 1968). 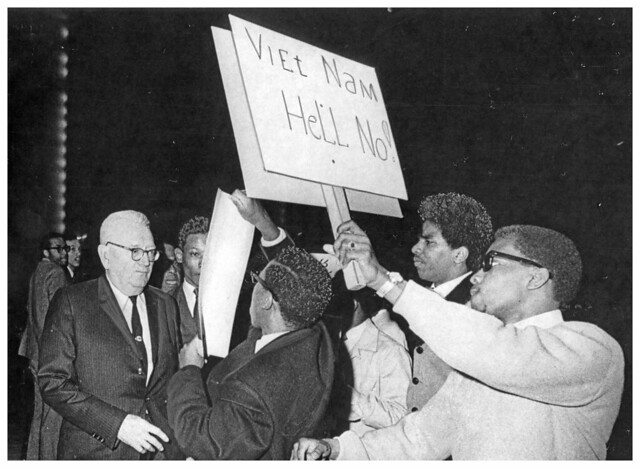 Learn more about the history of Historically Black Colleges and Universities (HBCUs) in Stanley Nelson’s film “Tell Them We Are Rising.”