In order for us as poor and oppressed people to become a part of a society that is meaningful, the system under which we now exist has to be radically changed. It means facing a system that does not lend itself to your needs and devising means by which you can change that system. That is easier said than done. — Ella Baker

Ella Baker, born Dec. 13, 1903 and died Dec. 13, 1986, was a civil rights and human rights activist beginning in the 1930s whose career spanned more than five decades. She was instrumental in the launch of the Student Nonviolent Coordinating Committee (SNCC). 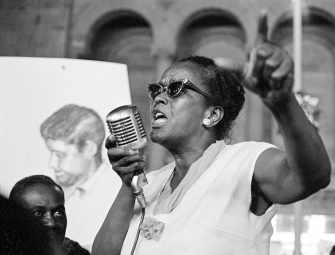 In the article Ella Taught Me: Shattering the Myth of the Leaderless Movement, Barbara Ransby states,

Baker represented a different leadership tradition altogether. She combined the generic concept of leadership — “A process of social influence in which a person can enlist the aid and support of others in the accomplishment of a common task” — and a confidence in the wisdom of ordinary people to define their problems and imagine solution. Baker helped everyday people channel and congeal their collective power to resist oppression and fight for sustainable, transformative change. 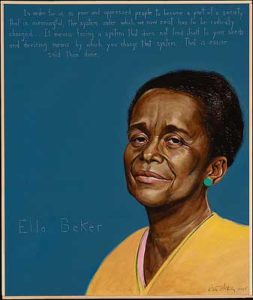 The best book to read about Baker is Ella Baker and the Black Freedom Movement A Radical Democratic Vision by Barbara Ransby (UNC Press, 2005). Read the full introduction online.

A portrait of Ella Baker by Robert Shetterly can be ordered from Americans Who Tell the Truth for $20. The quote at the opening of this post is on the portrait.

A marker was recently installed on Church Street in Norfolk for Ella Baker. Our thanks to Norfolk resident Michael Knepler for alerting us and sending the photo. 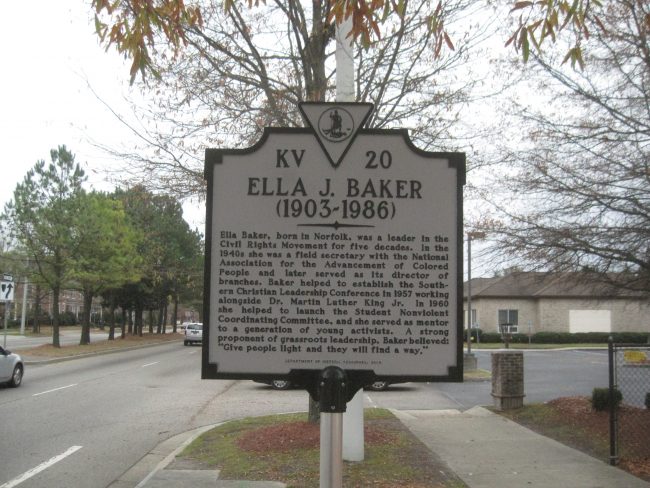 A beautiful painting of Ella Baker was featured at the Poor People’s Campaign rally in Washington, D.C. on June 23, 2018. 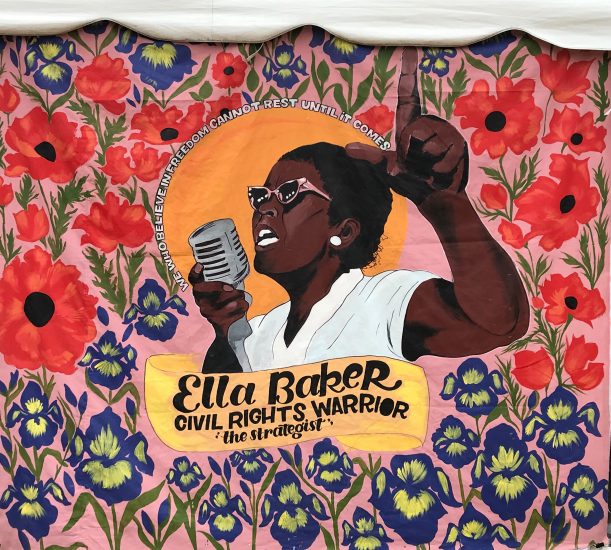 Find lessons and other resources below for teaching about SNCC.

On May 29, Barbara Ransby was in conversation with Jesse Hagopian about Black feminist organizing from the 1950s to now.