Cherry Mine was opened in 1905 and supplied coal for a regional railroad. The miners were mainly immigrants, many of them Italian, who didn’t speak English. On Nov. 13, 1909, a wagon of hay for the mules caught fire in the mine. 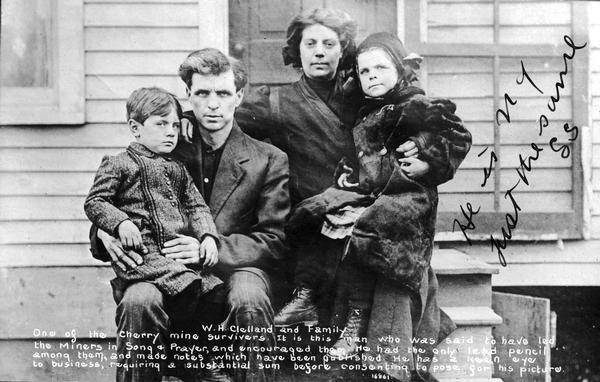 W. H. Clelland and family. One of the Cherry Mine survivors. It is this man who was said to have led the miners in song and prayer, and encouraged them. He had the only lead pencil among them and made notes which have been published. Source: Wisconsin Historical Society Archives

Attempts were made to put out the fire, but it spread to the wooden shaft infrastructure. They attempted to cut the oxygen from the mine to stifle the fire, but this led to a proliferation of black damp (a fatal mixture of carbon dioxide and nitrogen) to build up in the mine.

While over 200 boys and men escaped the mine, 259 died. Twenty-one miners were able to survive against the black damp and fire in the mine for eight days before they were rescued. 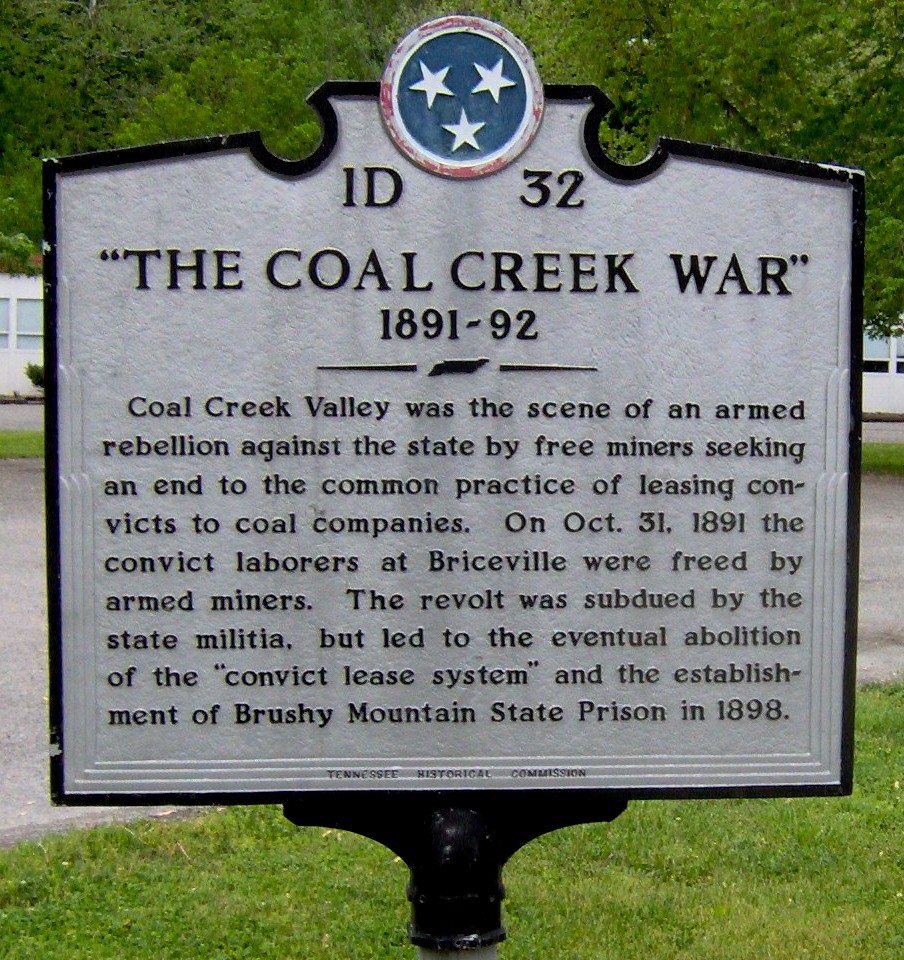 A small band of striking coal miners in southern Illinois called out Chicago coal barons and stood their ground at Virden.