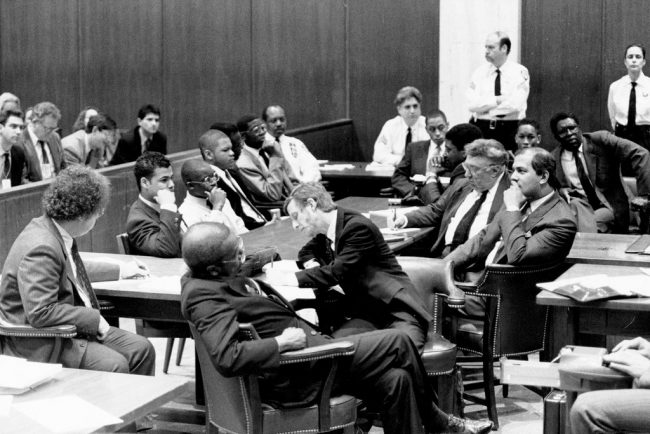 The five defendants, behind the table, in court in 1990. Source: James Estrin/The New York Times

On April 19, 1989, the New York Police accused and arrested four African American teenagers and one Latino teenager for the brutal rape of a white woman. The trial of the “Central Park Five” — in the courts and in the media — became one of the most famous of the 20th century.

As with the Scottsboro Nine and countless other cases, racism carried more weight than the evidence and any hope of a fair trial for the five defendants. Donald Trump took out full-page advertisements in all four of the city’s major newspapers calling for their execution.

The young men — Yusef Salaam, 16, Antron McCray, 16, Korey Wise, 18, Kevin Richardson, 16, and Raymond Santana, 15 — spent between 6 and 13 years in prison. They were only exonerated and released after Matias Reyes, a convicted murderer and serial rapist in prison, confessed to the crime. DNA evidence confirmed his guilt. As Amy Goodman notes, “After the five boys were arrested, Reyes went on to beat and rape five women, murdering one of them, Lourdes Gonzalez, a pregnant mother of three.”

Ava DuVernay produced a dramatic mini-series about the “the exonerated five” called “When They See Us” that streams on Netflix.

Watch the interview with DuVernay on Democracy Now!, “They Are Not the Central Park 5”: Ava DuVernay’s Series Restores Humanity of Wrongly Convicted Boys. 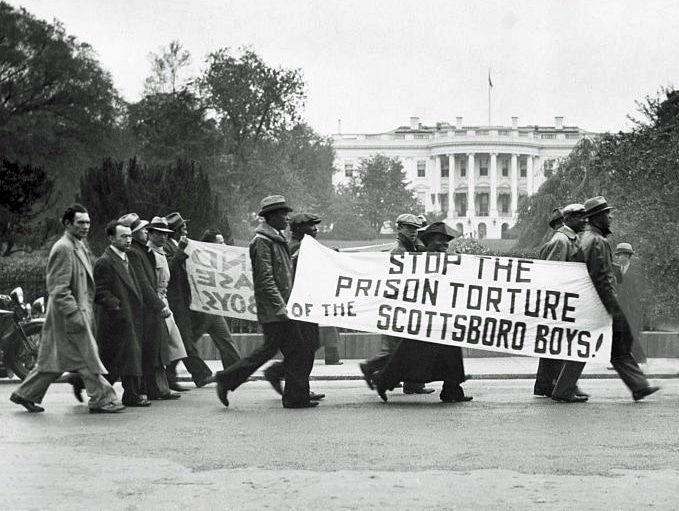