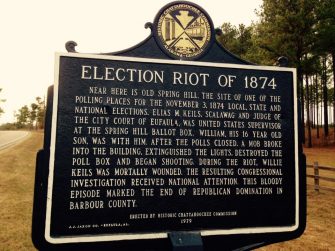 The White League, (a paramilitary group affiliated with the Democratic party) attacked African American voters at the polls in Eufaula and Spring Hill. Seven African Americans were killed and 70 others wounded.

More than 1,000 African Americans were driven away from the polls due to the violence of the white supremacist group.

On Election Day eve, there may have been as many as 1,000 or more Black men from Barbour County camping out on the outskirts of Eufaula; accounts citing figures vary. In addition, persistent but false rumors of an “invasion” of the city circulated within the white community.

Republican politicians and officials were thrown out of office, the league didn’t count the votes cast for Republican candidates, and the Democrats were declared as winners of the 1874 elections.

For more information about this event, read Election Riots of 1874.

There is a historical marker. However, as noted by Clio,

This historical marker was erected by the Historic Chattahoochee Commission in 1979 and offers a disturbing interpretation of the violence perpetrated by white supremacists who launched a violent coup that allowed them to seize power through force rather than allow all voters to participate in the elections in 1874.

We encourage students and teachers in the area to advocate for a new, truthful marker as part of the Make Reconstruction History Visible student project. 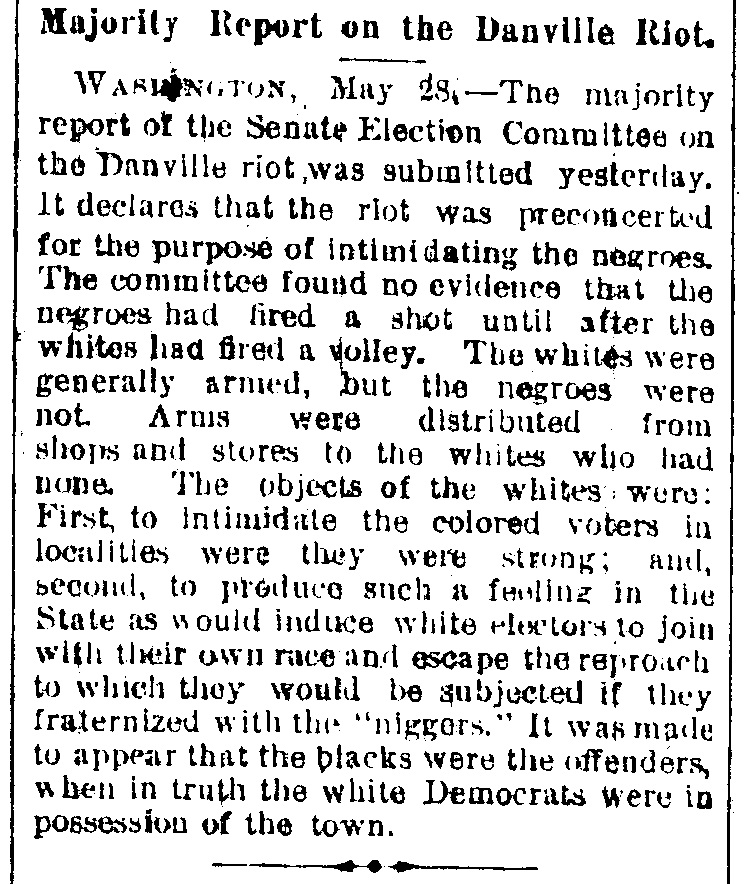 African Americans voters were threatened after the Danville Riot, leading to their loss of political power in this majority African American city in Virginia.