We are thrilled that Okinawa based television network Ryukyu Broadcasting Corporation (RBC) is filming a story in the U.S. this month, featuring a teacher they read about on the Zinn Education Project website. The story, which will air in October, is about the internment of Latin Americans of Japanese descent in the United States during World War II. 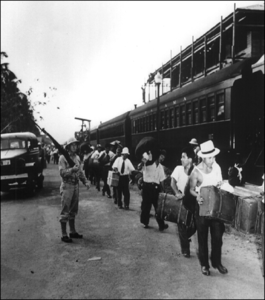 This month, RBC will send reporter Yoshikazu Hara and a film crew to interview Yonamine for one of the segments in a series they’re producing on the “hidden histories” of World War II. Yonamine will speak about her lesson, “The Other Internment: Teaching the Hidden Story of Japanese Latin Americans During WWII,” as well as her own history with the subject.

Hara is doing a thorough job with his research. In addition to interviewing Yonamine, he and his film crew are:

In his interviews with Yonamine, Hara has asked Yonamine to also speak about the Zinn Education Project. He hopes the program will encourage teachers who listen to his station to illuminate “hidden histories” for their own students.

Photos from the Filming 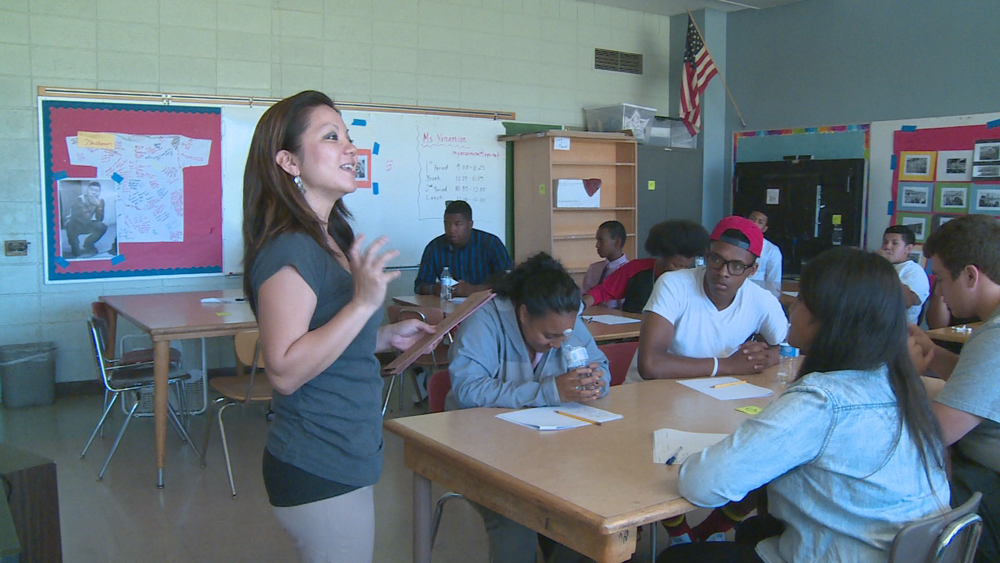 Yonamine facilitating the lesson, “The Other Internment: Teaching the Hidden Story of Japanese Latin Americans During WWII.” 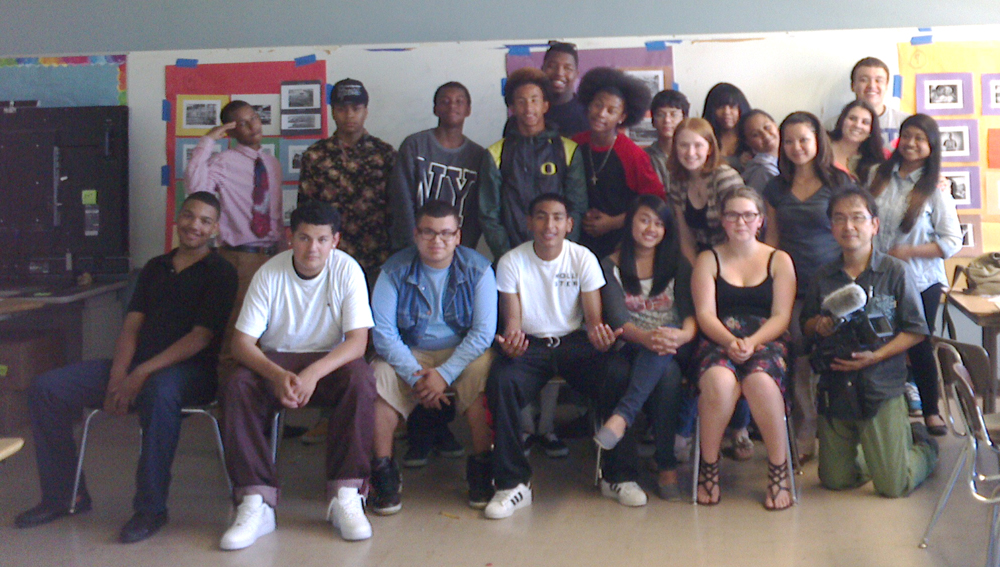 Yonamine’s students and Yoshikazu Hara from RBC (with camera). 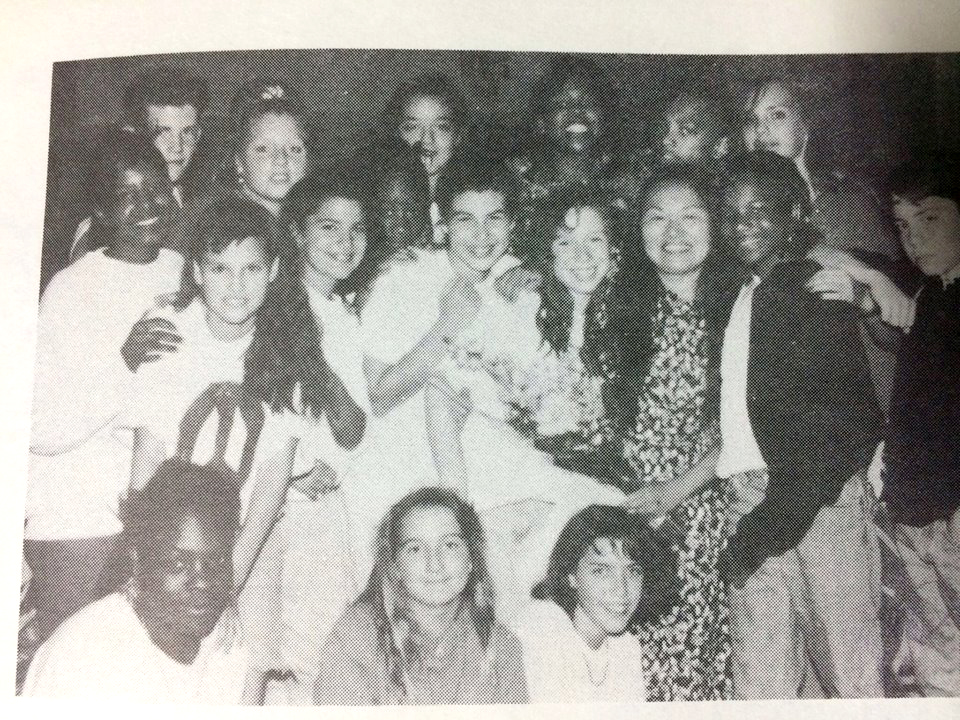 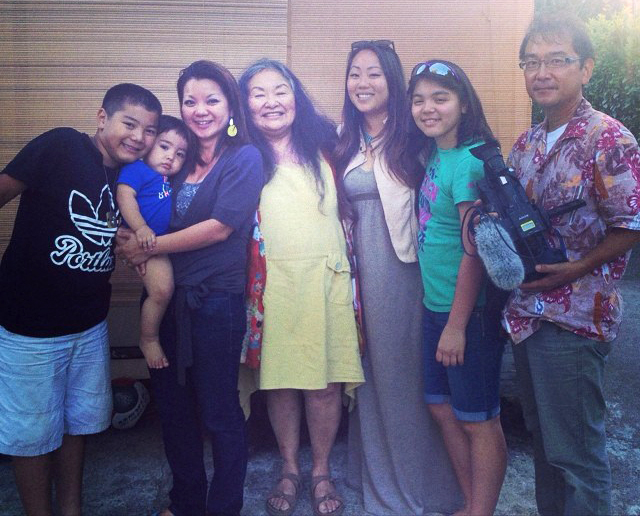 At Yonamine’s house with her family, Joo (center), and Yoshikazu Hara from RBC (right).