Rush Limbaugh targeted the Zinn Education Project on his radio show last week. Why? Because our article, “A People’s History of Muslims in the United States: What School Textbooks and the Media Miss,” explores Muslim history in the United States since colonial times. Limbaugh says:

This is all about a curriculum, a history text that has been written by somebody by the name of Howard Zinn. Now, Howard Zinn ran what is called the Zinn Education Project. It is a radical, radical bunch of insane lunatic leftists… They’ve been doing this for two generations, a vision of Muslims as an integral part of the fabric of the progressive movement in the U.S. with a presence in every social justice struggle along the way.

Muslims as an integral part of the fabric of progressive movements in the United States—and U.S. life in general? He gets that right. But the quote drips with Islamophobia. For Limbaugh and others like him, name-calling substitutes for argument; affirming the presence of Muslims throughout U.S. history constitutes leftist lunacy and is anti-Christian.

Countering the top-down, simplistic narrative of history that Limbaugh promotes is exactly why the Zinn Education Project exists. Our materials not only help students uncover hidden history, but also to think critically about our world.

As their teacher it has been amazing to watch students grow their critical thinking skills and get excited about history. They’ve explained to me that most history courses in their past have simply been a recitation of events and this is the first time history has come alive for them. It’s an honor and a privilege to be a part of making that happen for them.

Please donate today to help many more teachers have access to lessons that challenge the false, hateful narrative of history and current events promoted by people like Rush Limbaugh. 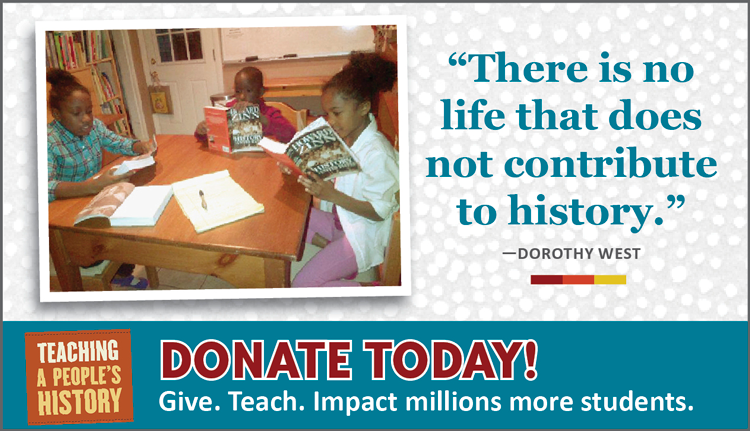