Despite Right-Wing Backlash, Racial Justice Education Is Still on the Rise

Truthout
Shortly after Alabama’s state board of education passed a resolution last August to ban public schools from teaching or purchasing materials that “impute fault, blame,” or cause students “to feel guilt or anguish” about the legacy of slavery or ongoing racial injustice, members of the Birmingham, Alabama, school board pushed back by passing a resolution of their own.
Continue reading

The Seattle Times
State Republican Rep. Jim Walsh recently introduced HB 1807 and Republican Rep. Brad Klippert introduced HB 1886 for this legislative session — two bills designed to mandate educators lie to Washington’s students about structural racism and sexism. This copycat legislation is lifted from a growing number of bills around the country that seek to ban an honest account of history in K-12 education, including many of the long struggles against oppression. These bills especially target the teaching of critical race theory (CRT), the 1619 Project, the Zinn Education Project and Black Lives Matter at School.  (PDF)
Continue reading

Time Magazine
Scholars say studying the aftermath of the Civil War can help put in context many of the most seminal events in the U.S. in recent years, from the brutal murder of George Floyd by police in 2020 to the voter suppression laws enacted after Black voters played a big role in helping Joe Biden and Kamala Harris be elected President and Vice President in 2020. But despite the timeliness of the era in today’s climate, many students in American schools will not get a full education on Reconstruction until they get to college. In a report produced by the education nonprofit Zinn Education Project, the study’s authors say they are concerned that American children will grow up to be uninformed about a critical period of history that helps explain why full racial equality remains unfulfilled today.
Continue reading

After establishing a Diversity, Equity, and Inclusion Task Force, a Rhode Island school board member faced backlash from the right, including bullying, harassment, and a petition for recall. 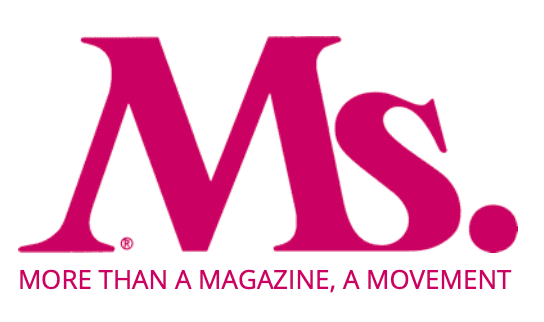 Educators Across the U.S. Pledge to Teach Truth: “We Refuse to Lie to Young People About U.S. History”

Ms. Magazine
Across the U.S., lawmakers in at least 28 states are attempting to pass so-called anti-critical race theory legislation that would prohibit teachers from teaching students about the role of racism, sexism and oppression throughout U.S. history.
Continue reading

Teen Vogue
Julie, a Black high-schooler in Fort Worth who prefers not to use her real name, is already having a difficult time in her social studies class. On June 15, Texas governor Greg Abbott signed House Bill 3979, which will significantly change the social studies curriculum and civics instruction in public schools across the state. The bill says, among other things, that educators cannot teach students that “an individual, by virtue of his or her race or sex, is inherently racist, sexist, or oppressive, whether consciously or unconsciously.”
Continue reading

ABC News
For middle school American history teacher Daniel Santos, discussing racial inequality is a necessary part of his lesson plan. Santos, who teaches at a public school in Houston, said that his students are inquisitive, asking him about current events like George Floyd's death and the Jan. 6 Capitol insurrection, for instance. He said students wanted to connect these moments to other pieces of U.S. history, such as the Jim Crow era and voter suppression efforts.
Continue reading

Huffington Post
Public school teachers in states where new laws could prevent them from teaching about systemic racism and white privilege are incensed — and say they just want to teach the truth.
“If I’m gonna teach the real history of the United States of America, there are some realities that need to be included — like systemic racism,” said Christopher Green, who teaches U.S. history to eighth-graders in San Antonio, Texas.
Continue reading