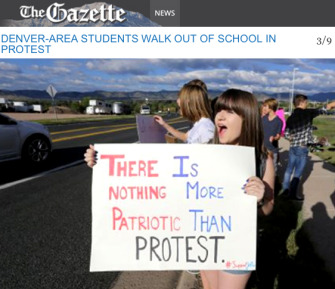 The Colorado students protests in defense of learning history are reverberating in the media around the country and are also generating discussions around family dinner tables.

Terri Kilgroe shared with us one example of a family history revelation, inspired by the Colorado students. It is the story of her family connection to the Ludlow Massacre, the very type of event in Colorado history that is threatened by proposed changes to the AP curriculum in Jefferson County schools.

A resident of Jefferson County, Colorado and the parent of school-aged children, here’s what Kilgroe wrote to us:

I live in Jefferson County, right in the heart of the protests. I have a 3rd and 6th grader, so my full attention is on the current events.

The student demonstrations prompted a history discussion with my mom, which in turn brought us to the subject of Ludlow.

I knew my great-grandfather Clair Cecil Baker had hated Rockefeller and had been blocked from work at some point in his life for being a union supporter. But it wasn’t until my mom mentioned Ludlow and I read about the Ludlow Massacre on the Zinn Education Project website that I began to realize why.

My great-grandfather was born in Trinidad [near Ludlow, Colorado] in 1899. He worked as a coal miner and was almost 15 at the time of the massacre.

Born in 1908 in Piedmont, Colorado, my great-grandmother Frances was about six at the time of the Ludlow Massacre. Her father, Joseph Sustarsic immigrated to Colorado from “Jugo Slovia” in 1890. He was also a coal miner and would, no doubt, have been affected by the strike and massacre. (The family changed their name from Sustarsic to Shoemaker.) 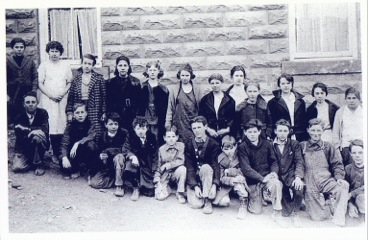 Kilgroe’s great-grandmother Frances (possible back row, 3rd from right) and her classmates in a schoolhouse near Piedmont, Colorado.

I grew up in Colorado and am disturbed that such an important historical event is not even mentioned in our Denver-area schools.

I will make sure my children are properly educated on this important event in our family, state, and country history.

Thank you for publishing the history of the Ludlow Massacre.