April 20, 2014 marks the 100th anniversary of the Ludlow Massacre, described by Howard Zinn as “the culminating act of perhaps the most violent struggle between corporate power and laboring men in American history. This was the Colorado coal strike that began in September 1913 and culminated in the ‘Ludlow Massacre’ of April 1914.” 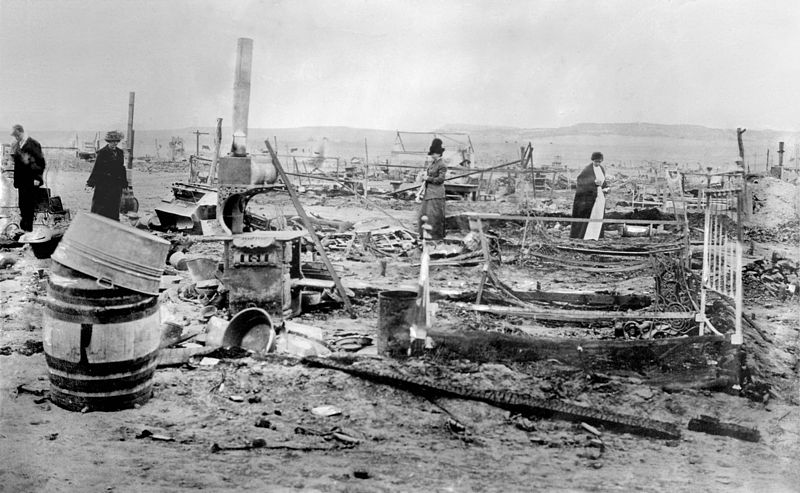 Ruins of Ludlow families’ tent colony after the massacre. Photo: Library of Congress.

Howard Zinn first learned of the Ludlow Massacre from a song by Woody Guthrie. The song inspired Zinn to learn more about the massacre that “nobody had ever mentioned in any of my history courses [and] which no textbook of mine had ever mentioned.”

For the centennial of this major event in labor history, the Zinn Education Project is offering resources to help teach about the Ludlow Massacre, including Zinn’s detailed description from A People’s History of the United States, a film clip of Zinn talking about the significance of Ludlow, Guthrie’s song lyrics, and photos. Please read and share the resources, here.