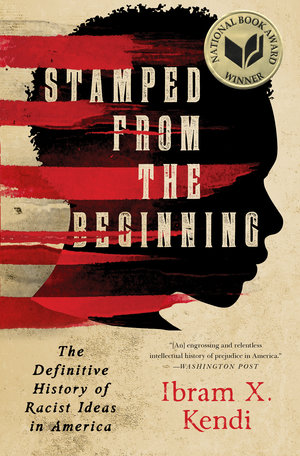 In his 2016 book, Stamped from the Beginning: The Definitive History of Racist Ideas in America, award-winning historian Ibram X. Kendi argues that racist ideas have a long and lingering history, one in which nearly every great American thinker is complicit.

As Kendi shows, racist ideas did not arise from ignorance or hatred. They were created to justify and rationalize deeply entrenched discriminatory policies and the nation’s racial inequities.

In shedding light on this history, Stamped from the Beginning offers us the tools we need to expose racist thinking. In the process, he gives us reason to hope. [Description from the publisher.]

Teaching Activity. By Bill Bigelow. 24 pages. The U.S. Constitution endorsed slavery and favored the interests of the owning classes. What kind of Constitution would have resulted from founders who were representative of the entire country? That is the question addressed in this role play activity.

Teaching Activity. By Bill Bigelow and Norm Diamond. 8 pages. In this “mystery” activity, students receive clues and discuss some of the factors that contributed to the intensification of racism in the 1920s in the United States.

Book - Non-fiction. By James Loewen. 592 pages. 2018. Documents the history of towns across the United States that exclude African Americans (and other racial/ethnic groups) after sundown.