From the authors of Rad American Women A-Z, Rad Women Worldwide has a similarly defiant and playful approach, featuring a few women students may have heard of, but mostly introducing little-known “rad” women who are “passionate, purposeful, and totally powerful.”

It’s hard not to fall in love with women like Sophie Scholl, who defied the Nazis through the propaganda campaigns of the White Rose, distributing leaflets, stenciling graffiti — “Down with Hitler” and “Freedom!” Or anarchist Emma Goldman, whose illegal advocacy of birth control and feminism, labor solidarity, and opposition to the military draft during World War I led to her deportation. Or Funmilayo Ransome Kuti, who organized Nigerian women to fight for women’s liberation and the liberation of their country from British colonialism. The short readings and passionate illustrations lend themselves to mixer activities, introducing students to a sampling of inspiring women from around the world. [Review by Rethinking Schools.]

Rad Women Worldwide tells fresh, engaging, and amazing tales of perseverance and radical success by pairing well-researched and riveting biographies with powerful and expressive cut-paper portraits. The book features an array of diverse figures from 430 BCE to 2016, spanning 31 countries around the world, from Hatshepsut (the great female king who ruled Egypt peacefully for two decades) and Malala Yousafzi (the youngest person to win the Nobel Peace Prize) to Poly Styrene (legendary teenage punk and lead singer of X-Ray Spex) and Liv Arnesen and Ann Bancroft (polar explorers and the first women to cross Antarctica). An additional 250 names of international rad women are also included as a reference for readers to continue their own research.

This progressive and visually arresting book is a compelling addition to women’s history and belongs on the shelf of every school, library, and home. Together, these stories show the immense range of what women have done and can do. May we all have the courage to be rad. [Publisher’s description] 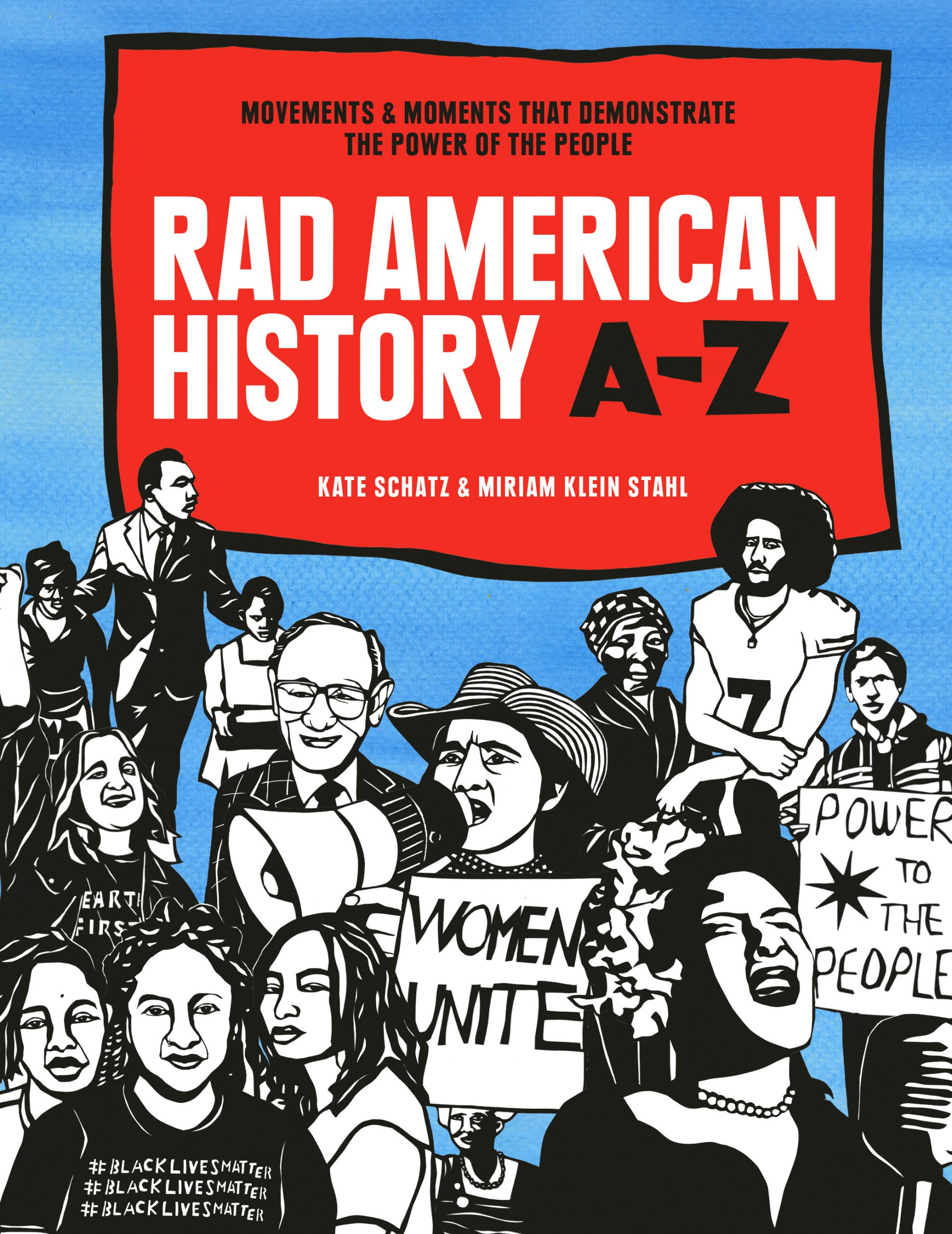 Rad American History A-Z: Movements and Moments That Demonstrate the Power of the People