“A Message from the Future with Alexandria Ocasio-Cortez” is an imaginative 7-minute film that is ideal for the classroom. It is based on the premise that “We can be whatever we have the courage to see.” The Intercept explains why they produced the film:

Set a couple of decades from now, the film is a flat-out rejection of the idea that a dystopian future is a forgone conclusion. Instead, it offers a thought experiment: What if we decided not to drive off the climate cliff? What if we chose to radically change course and save both our habitat and ourselves?

We realized that the biggest obstacle to the kind of transformative change the Green New Deal envisions is overcoming the skepticism that humanity could ever pull off something at this scale and speed.

Watch an interview on Democracy Now! with Avi Lewis, co-founder of The Leap, a climate justice organization, and artist Molly Crabapple, where they discuss the short film with Amy Goodman. 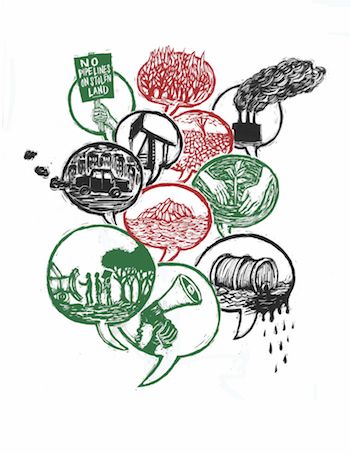