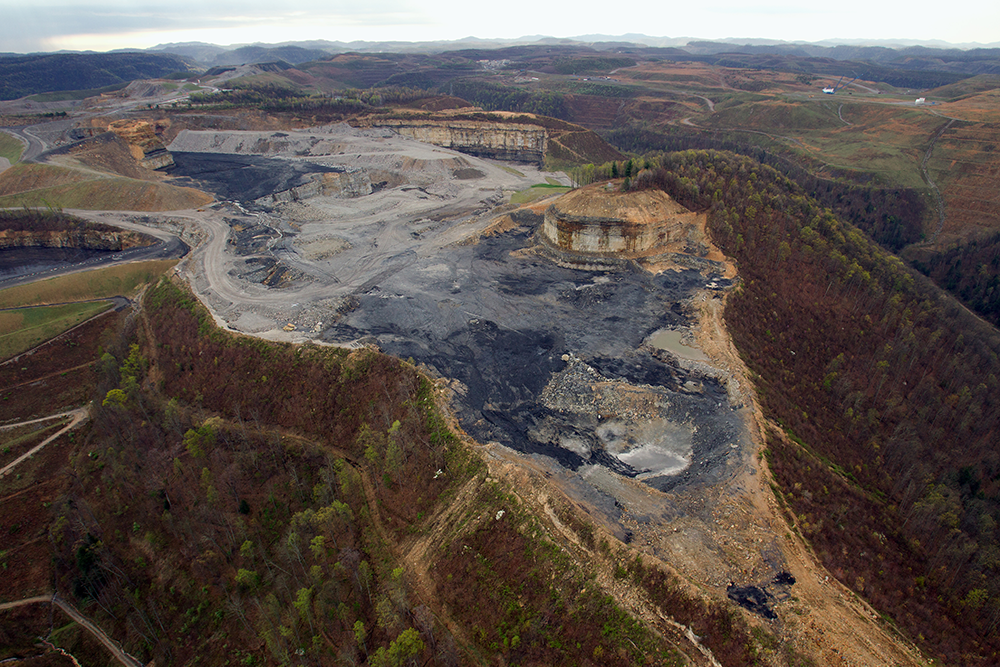 “If you go home and don’t do anything, then I’ve wasted my time,” we heard amidst the distant hum of heavy machinery.

I heard this from anti-mountaintop removal activist Adam Hall, echoed from the late Larry Gibson as we stood on his family’s land on Kayford Mountain. We were standing in an island of trees and homes surrounded by a moonscape of leveled rubble. When I visited, I could see bulldozers in the distance, digging, shoveling, scraping away at the earth.
This is called mountaintop removal coal mining, a type of surface coal mining in which the top of a mountain is blasted off to expose the coal seam underneath. The rubble is then pushed into a nearby valley, covering streams and poisoning watersheds. Hundreds of thousands of acres of mountains and valleys in Central Appalachia have been destroyed by mountaintop removal, along with communities and lives.

Larry was a longtime activist against mountaintop removal coal mining. He had been living on Kayford Mountain his whole life, as did his father and grandfather and great-grandfather before him. When the coal company came a-knocking, Larry stood his ground, refusing to allow his home to be obliterated. His property still stands, through bullying, death threats, the murder of his dog, and more. His piece of land still stands, surrounded my strip mining.

Through his organization the Keepers of the Mountains Foundation, he would host student groups, church groups, and more to come see the devastation firsthand, and tell them his story. Visitors heard about poisoned water, coal company thugs shooting his dog and sending him death threats, centuries of political corruption, shirking of clean air and water standards, and more.

In 2010, when I was a student at Swarthmore College, a group of students visited Larry and heard his story. And as he said to most of his visitors, he told the group that his time was wasted if we didn’t do anything. As a group of impressionable students, this was a powerful call to action. And while many of us were sympathetic to sustainability pushes on campus, visiting West Virginia made it clear that composting at Swarthmore College wasn’t going to stop the coal industry. We needed to step up our game.