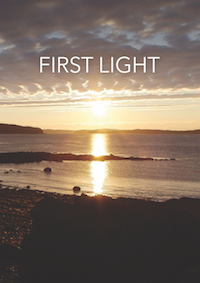 First Light tells the horrific story of Native American children being forcibly removed from their homes in Maine. The close-up look at Maine gives this film its personal and poignant feel, but the film emphasizes that this was a national phenomenon. As Col. Richard H. Pratt, founder in 1879 of the genocidal Carlisle Indian Industrial School in Pennsylvania, said: “Transfer the savage-born infant to the surroundings of civilization, and he will grow to possess a civilized language and habit.” First Light is a painful but hopeful film, as it focuses on the Maine Wabanaki-State Child Welfare Truth and Reconciliation Commission, an effort to encourage victims of forcible removal to tell the truth about their experiences and to gain support. Background and teaching materials are included at the website. [Review by Rethinking Schools.]

For centuries, the United States government has taken Native American children away from their tribes, devastating parents and denying children their traditions, culture, and identity. First Light documents these practices from the 1800s to today and tells the story of an unprecedented experiment in truth-telling and healing for Wabanaki people and child welfare workers in Maine. [Producer’s description.]