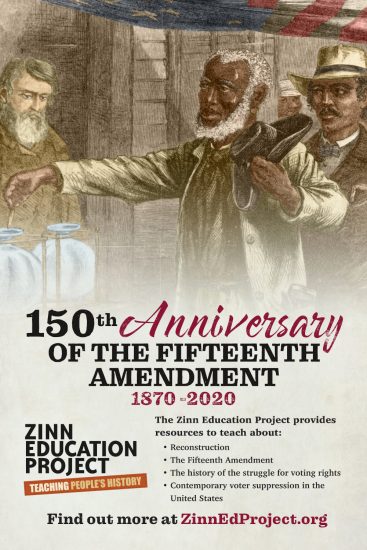 The struggle for the ballot is emblematic of the struggle to make real the democratic promises of this country’s founding narrative. Just as the United States has never been a true “government by the people, for the people,” the right to vote has always been incomplete, contested, and compromised by the racism, sexism, classism, and xenophobia of policymakers and the status quo they act to protect.

Please share this announcement on social media with the hashtag #TeachVotingRights.