For this simulation, the students were paired into groups of 3-4 as they made decisions on the future of Reconstruction. This made it difficult for students to come to an agreement on the solution for each of the six Questions/Problems presented, because each member brought a differing perspective/values.

For example, the group of students in the first attached picture had an argument over the question of protection for the freedmen and women. One solution proposed by a group member was to revoke rights of gun ownership for those involved with the rebellion. Although most of the group agreed with this idea, there was one student who believed it was too radical and “resentment” would be the only major success of that policy. 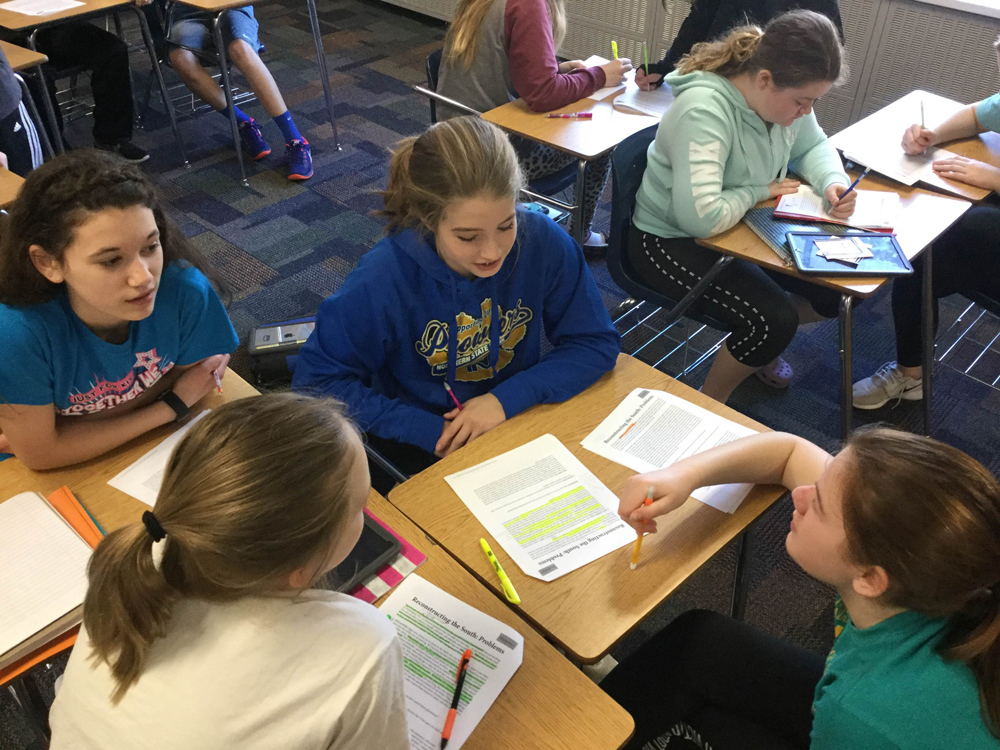 After class was done, I overheard the student (who disagreed with taking away gun rights for Southerners) in the hallway complaining still, how she cannot believe her group took that position. She said, “If we go to war again because of this, it is not my fault because I didn’t believe in that policy. I told them it was a bad idea and they didn’t listen!” I was happy to hear that the content from class was still on her mind, after the lesson had ended.

As for the students in the second attached photo (zoomed out view), there were some kids who finished their solutions early and were wandering around the classroom to see what other groups came up with. You will see a blonde hair student standing by another group of four. She dropped by to see what they came up with on the topic of consequences for Confederate leaders. She could not believe that they planned to have the leaders executed. She went on to inform them that harsh retaliation may occur from other Southerners if they carried out this policy. 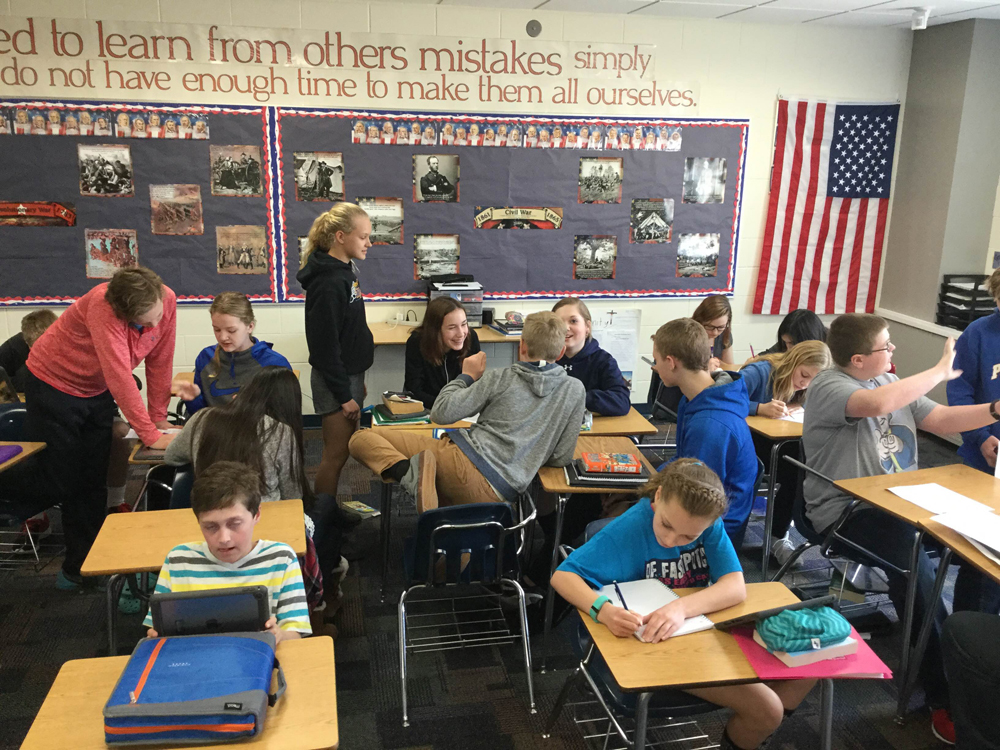 The group did not come to an agreement with this other perspective. They believed that as long as Confederate leaders survived, there was potential for danger. They even argued (using their present-day knowledge), that groups like the KKK, may have ceased to exist if these leaders were disciplined harshly. Once again, these students continued this conversation in the hallway later in the day.

The students love to participate in these types of simulations and I would have to say that this one sparked an interesting discussion.

Thank you for the engaging activity!