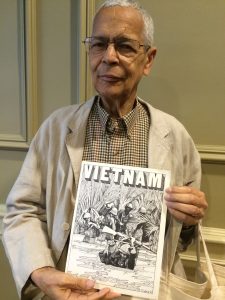 Julian Bond with comic book he wrote in the 1960s to teach the truth about the U.S. history in Vietnam. Photo by Ron Carver.

On Oct 28, 1964, U.S. officials denied any involvement in the bombing of North Vietnam.

This was one of many lies told by the U.S. government throughout the decades long war.

The North Vietnamese reports of the bombing were shared in the U.S. by popular education resources such as: 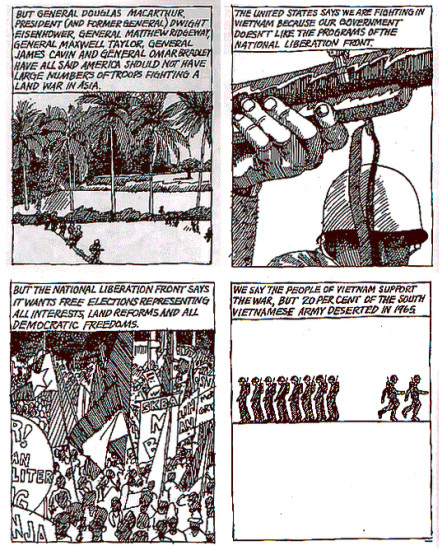 Find resources to teach about the Vietnam War below.

The Vietnam Veterans Against the War (VVAW) was founded in New York.