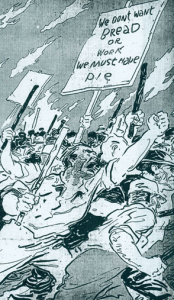 Illustration from the St. Louis Republic depicting one of the marches during the 1877 St. Louis General Strike.

On July 22, 1877, approximately 1,500 rail workers and residents of St. Louis, Missouri briefly took over the city as part of the wider Great Railroad Strike of 1877​. Below is part of their statement.

Whereas, The United States government has allied itself on the side of capital and against labor; therefore,

Resolved, That we, the workingmen’s party of the United States, heartily sympathize with the employees of all the railroads in the country who are attempting to secure just and equitable reward for their labor.

Resolved, That we will stand by them in this most righteous struggle of labor against robbery and oppression, through good and evil report, to the end of the struggle.

To avoid disrupting passenger service, but still achieve the goals of the strike, workers continued to operate passenger rail cars, collecting the fares themselves.

The strike spread to other sectors in the city, including flour mills and breweries, and bosses across the city agreed to higher wages and shorter work days.

These gains were soon lost with the arrival of the U.S. Army and state militia 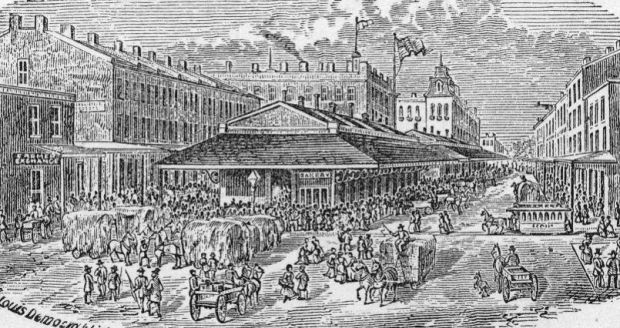 Lucas Square, an open market, was the site of the mass meetings held by workers for three nights.