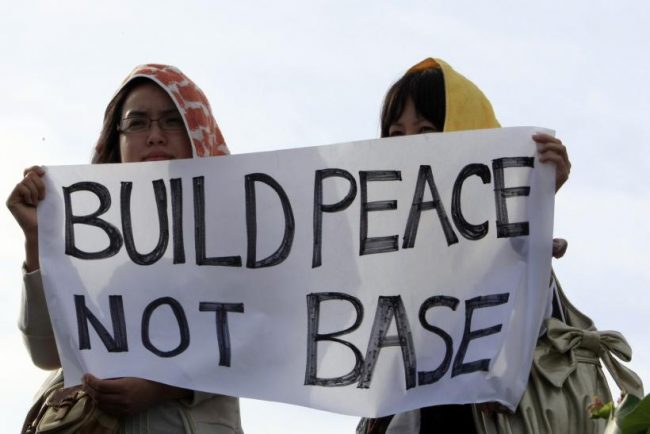 Protesters hold a sign at a mass anti-U.S. base rally in Ginowan on Japan’s southwestern island of Okinawa, a subtropical island about 1,600 km south of Tokyo. Source: REUTERS/Kim Kyung-Hoon.

On Nov. 8 2009, Okinawan protesters took to the streets to speak out against the United States’ permanent military presence in Okinawa, Japan. The local mayor called on Prime Minister Yukio Hatoyama “to put an end to Okinawa’s burden and ordeal.”

Today, the United States stations 25,000 troops at Army, Air Force, Navy, and Marine outposts in Okinawa. These bases are what remains of the U.S. force that occupied Japan after World War II.

Protests continue on the islands, including against plans to build a base at Henoko, which would immediately impact the people of Okinawa and cause long-term environmental devastation. 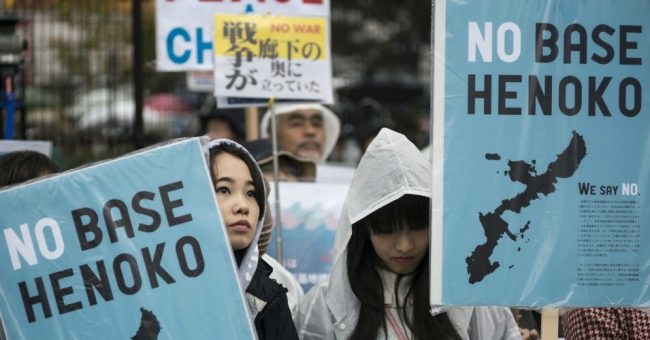 Find resources to teach the people’s history of militarism below.

Article. By Moé Yonamine. If We Knew Our History series.
Despite the ongoing threat to cultural survival and island sovereignty caused by Japanese and U.S. military bases since WWII, Okinawans and their history are largely absent. 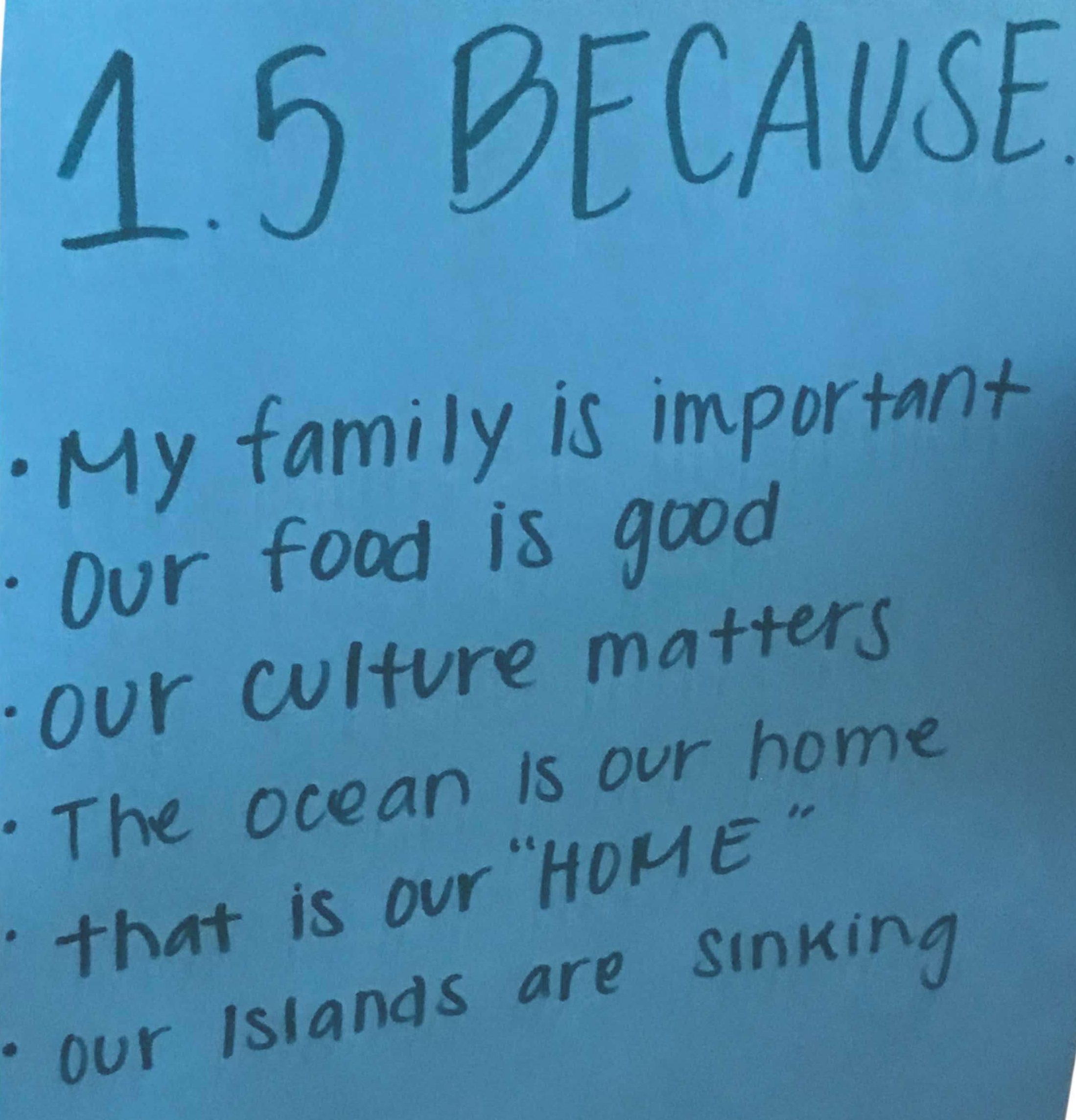 Because Our Islands Are Our Life