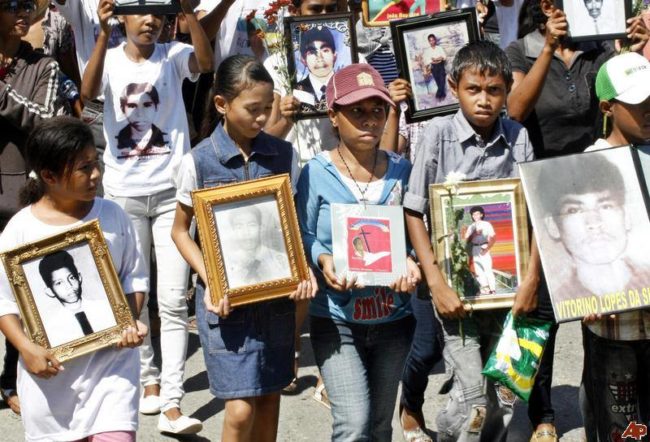 Children hold photos of the victims of the 1991 Santa Cruz massacre during the 19th commemoration in Dili, East Timor, on Friday, Nov. 12, 2010. Source: AP/Jordao Henrique

This attack was not the first, nor the largest. However it was the first to be witnessed and documented by foreign journalists and resulted in an international outcry against the brutality of the Indonesian occupation and demands for a free East Timor.