On July 4, 1917, The Voice: A Newspaper for the New Negro—the first newspaper of the “New Negro Movement,” edited by Hubert H. Harrison—made its debut at a rally at the Metropolitan Baptist Church at 120 W. 138th Street, between Lenox and Seventh Avenues in Harlem.

The rally was called by Harrison’s Liberty League (which was the first organization of the “New Negro Movement” and which Marcus Garvey and many other activists joined) and drew national attention as it protested against lynching, segregation, and disfranchisement.

The protest rally came in the wake of two white supremacist pogroms (from May 27–May 30 and July 1–3, 1917) against the African American community of East St. Louis, Illinois. Estimates of the number of African Americans killed in East St. Louis ranged from 39 to 250 and the attacks were widely attributed to “white” labor’s opposition to Black workers. 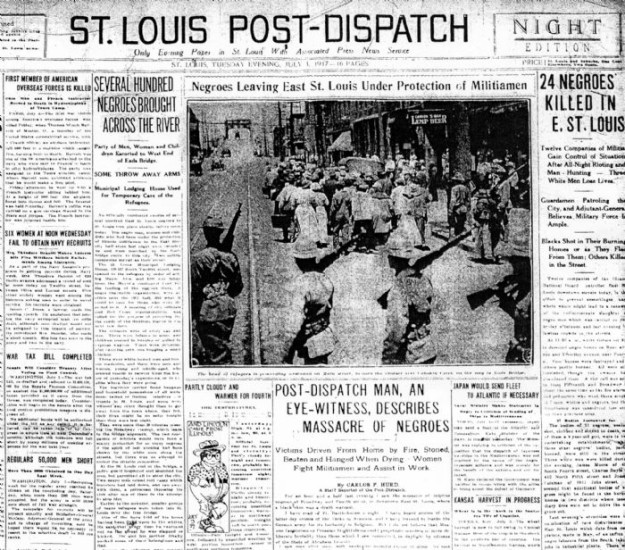 The front page of the St. Louis Post-Dispatch of July 3, 1917, with a photograph of Blacks leaving East St. Louis and an article by reporter Carlos F. Hurd describing the carnage.

At the rally, one of the speakers reportedly said, “They are saying a great deal about democracy in Washington now,” but, “while they are talking about fighting for freedom and the Stars and Stripes, here at home the whites apply the torch to the Black men’s home, and bullets, clubs and stones to the body.”

As president of the Liberty League, Harrison advised Black people who faced mob violence in the South and elsewhere to take direct action and “supply themselves with rifles and fight if necessary, to defend their lives and property.”

According to the New York Times, Harrison received great applause when he declared that “the time had come for the Negroes [to] do what white men who were threatened did, look out for themselves, and kill rather than submit to be killed.” He was quoted as saying, “We intend to fight if we must . . . for the things dearest to us, for our hearths and homes,” and he encouraged Black people everywhere who did not enjoy the protection of the law “to arm for their own defense, to hide their arms, and to learn how to use them.”

He also called for a collection of money to buy rifles for those who could not obtain them, emphasizing that “Negroes in New York cannot afford to lie down in the face of this” because “East St. Louis touches us too nearly.”

As he later put it, “‘An eye for an eye, a tooth for a tooth,’ and sometimes two eyes or a half dozen teeth for one is the aim of the New Negro.”

Harrison stressed that it was imperative to “demand justice” and to “make our voices heard.” 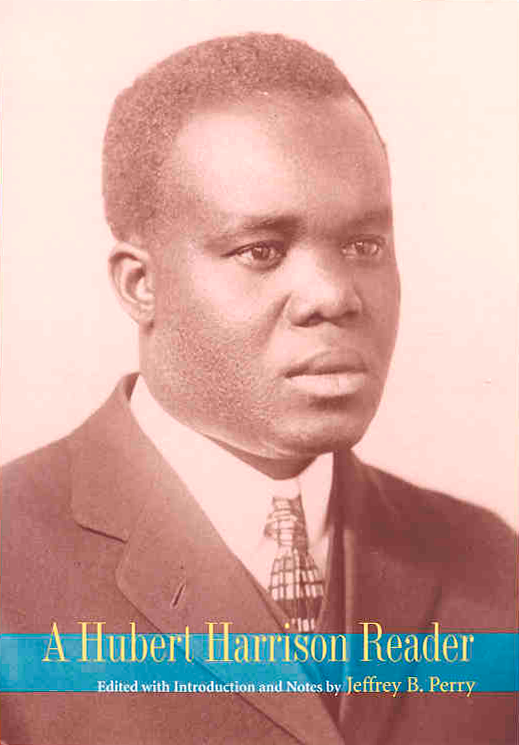