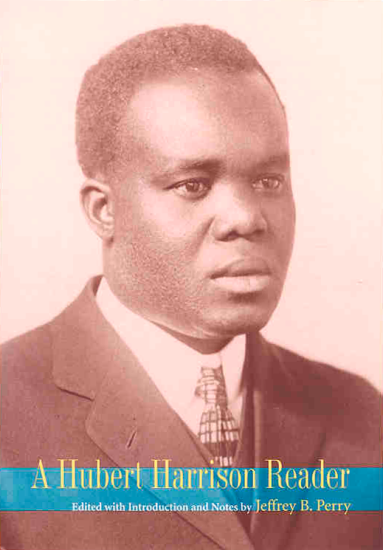 The brilliant writer, orator, educator, critic, and activist Hubert Harrison (1883-1927) is one of the truly important, yet neglected, figures of early twentieth-century America. Known as “the father of Harlem radicalism,’ and a leading Socialist party speaker who advocated that socialists champion the cause of the Negro as a revolutionary doctrine, Harrison had an important influence on a generation of race and class radicals, including Marcus Garvey and A. Philip Randolph.

Harrison envisioned a socialism that had special appeal to African-Americans, and he affirmed the duty of socialists to oppose race-based oppression. Despite high praise from his contemporaries, Harrison’s legacy has largely been neglected.

The reader is organized thematically to highlight Harrison’s contributions to the debates on race, class, culture, and politics of his time. The writings span Harrison’s career and the evolution of his thought, and include extensive political writings, editorials, meditations, reviews of theater and poetry, and deeply evocative social commentary. [Publisher description.]

“With publication of this volume it will be possible to trace the evolution of Harrison’s thought for the first time ever. The appearance of Harrison’s writings will most certainly not only fill a gap in our understanding of black radical and nationalist writings around the World War I period and beyond, but will also, I suspect, change the way in which we tend to look at black thought generally in this period.” —Ernest Allen, Jr., W.E.B. DuBois Department of Afro-American Studies, UMass at Amherst

By Jeffrey B. Perry at the Dudley Public Library, Roxbury, Massachusetts, February 15, 2014

For additional material by and about Hubert Harrison see Jeffrey B. Perry’s website.