On Aug. 6, 1945, the U.S. dropped an atomic bomb for the first time in war over the city of Hiroshima. Shinichi Tetsutani (then 3 years and 11 months) loved to ride this tricycle. That morning, he was riding in front of his house when, in a sudden flash, he and his tricycle were badly burned. He died that night. 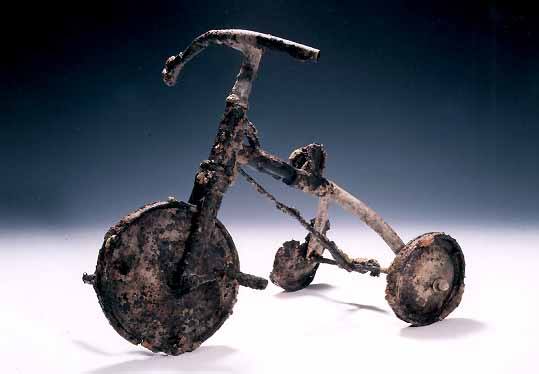 Learn more about Shinichi and his family at the Hiroshima Memorial Museum website.

Shinichi was one of hundreds of thousands killed and many more who were injured and/or displaced by the nuclear bombings of Hiroshima and Nagasaki.

Here are resources for learning more about the atomic bombings of Hiroshima and Nagasaki:

Hiroshima and Royan were crucial in my gradual rethinking of what I had once accepted without question—the absolute morality of the war against fascism.

The Untold History of the United States

Book — Non-fiction. By Oliver Stone and Peter Kuznick. 2012. 784 pages.
Challenge the prevailing orthodoxies of traditional history books in this look at the U.S. history of empire building. 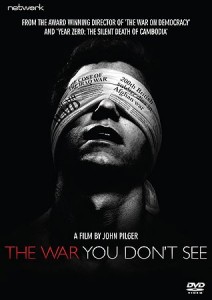 The War You Don’t See

Film. By John Pilger. 2010. 97 minutes.
Documentary on how the media has reported war, from the WWI to the present day.