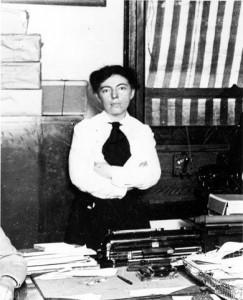 Did you know there was a strike before the deadly Triangle Shirtwaist Factory Fire in 1911?

On Sept. 26, 1909, Local 25 of the International Ladies’ Garment Workers’ Union (ILGWU) declared a strike against the Triangle Shirtwaist Company.

One of the organizers was Russian immigrant Pauline Newman (in photo at right) who began working at the Triangle Shirtwaist Factory in 1903 when she was thirteen years old. Finding that many of her co-workers could not read, she organized an evening study group where they also discussed labor issues and politics.

Newman was active in the shirtwaist strike and the Women’s Trade Union League. She became a union organizer for the ILGWU and director of the ILGWU Health Center. By November, the strike spread to other shirtwaist manufacturers. On Nov. 22, Clara Lemlich, a 23-year-old Ukrainian immigrant, helped spark the strike with the following words,

I have listened to all the speakers, and I have no further patience for talk. I am a working girl, one of those striking against intolerable conditions. I am tired of listening to speakers who talk in generalities. What we are here for is to decide whether or not to strike. I make a motion that we go out in a general strike.

In Clara Lemlich and the Uprising of the 20,000 at PBS, they explain that: In the years following the Triangle Fire, Lemlich continued to fight for workers’ rights. She became an active member of the Communist party and petitioned for women’s suffrage. Because of her political leanings Lemlich eventually broke ties with the ILGWU and many of her colleagues, including activist Pauline Newman, who stated, “Her politics [were] not my cup of tea. . . We no longer had anything in common except the memory of the strike and our participation in it.”

In 1913, Lemlich married Joe Shavelson, a printer’s union activist, and together they had three children. She continued to speak on behalf of several causes, and she lead a nationwide food strike in response to inflated prices during World War I. Throughout the 1940’s Lemlich served on the American Committee to Survey Trade Union Conditions in Europe, and became an organizer for the American League against War and Fascism. Due to her earlier involvement in the Communist Party, Lemlich and her family were monitored by the House of Un-American Activities Committee throughout the 1950s. Lemlich officially retired from the ILGWU in 1954. She died on July 12, 1982.

There is a picture book to introduce young readers to the story of Lemlich and the strike called Brave Girl. While it is a useful labor history book for the classroom, it does not include any reference to her being a Communist nor to the HUAC monitoring. This contributes to students’ limited understanding of the Red Scare, as Ursula Wolfe-Rocca describes in this textbook critique, More than McCarthyism: The Attack on Activism Students Don’t Learn About from Their Textbooks.

Read about other Women in Labor History and find related teaching resources below. 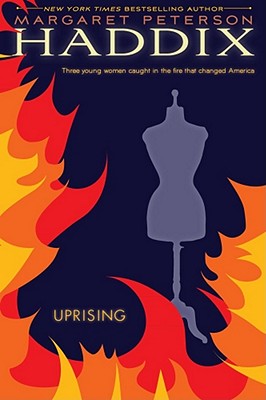