It is easy to see the ways in which A People’s History of the United States ties to the social studies and humanities curriculum, yet the connections between history and sociology, science and public health can be just as powerful.

Professors at the University of Washington’s (UW) Community-Oriented Public Health Practice Program, a Master’s program emphasizing social justice, health equity, and community action, made those connections clear with the final project of their Health Policy class. 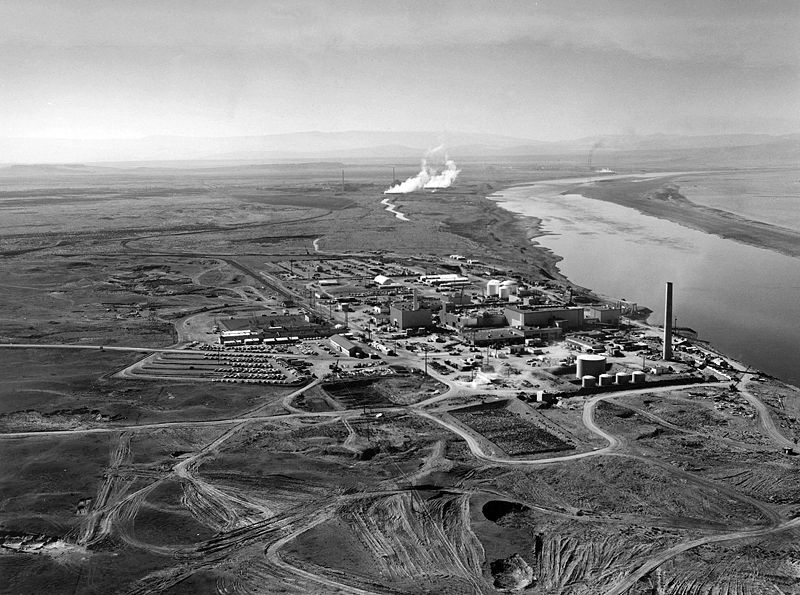 The Hanford Nuclear Reactor. Photo from the United States Department of Energy.

They began by taking their students on a field trip to the Hanford Nuclear Reservation. Hanford is where the plutonium was made for the bomb the U.S. dropped on Nagasaki at the end of World War II. The toxic mess left behind from the plutonium production makes it the largest Superfund site in the United States. The professors explained, “Many young people, even those born and raised in Seattle, have never heard of Hanford. This World War II-era site offers an opportunity to teach about a variety of topics related to history, science, sociology, and public health.” 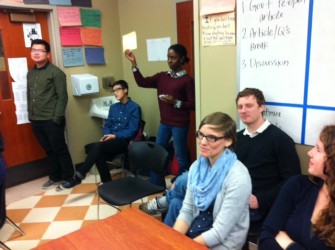 Following the visit, their students researched the history of nuclear power: its role in Washington state history, its relation to federal and state policies, radiation exposure standards, and the cleanup effort at Hanford.

Since education is a key component of public health, the University of Washington students were assigned the task of developing and teaching lessons to World History students at Seattle’s Garfield High School. The lessons had to introduce the health or science issues in the context of public policy and people’s history.

One group developed a lesson on the disaster at Fukushima, and how the events there may relate to Hanford, especially the currently-functioning power plant. Their task was to engage the high school students in an informed discussion about U.S. nuclear power policy. They developed and introduced a lesson called “Fission, Fallout, and the Future: The History of Nuclear Energy in the United States.” The lesson ended with an interactive way for students to explore their positions on the topic and an assignment to write a letter to the editor about nuclear power policy. 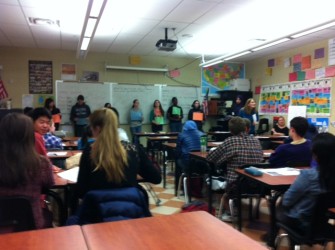 Garfield HS class engaged in one of the lessons developed by the UW public health students. Oct. 2012.

The other group developed a lesson on whistleblowers called “The Hanford Whistleblower: Hero or Troublemaker?” They used the Historical Scene Investigation method to explore the concept of whistleblowers and legislation that protects them, introduce historical background of the Hanford Nuclear Reservation, and weigh the consequences of nuclear waste on human health. The lesson had students read a “confidential” file of five documents with different perspectives (e.g., a corporate memo, a letter to the editor, a workplace poster, etc.) and then determine if someone should “blow the whistle” or not.

As a result of this culminating activity, the University of Washington students learned not only about nuclear power, but also about the need to introduce the next generation of voters to the people’s history of public health issues.

All of the classes in the University of Washington Community-Oriented Public Health Practice Program are taught in a problem-based learning format. The coursework is done in cases, where students derive their own learning objectives and pursue them. To learn more about the program and/or for copies of the lessons, contact Amy Hagopian.