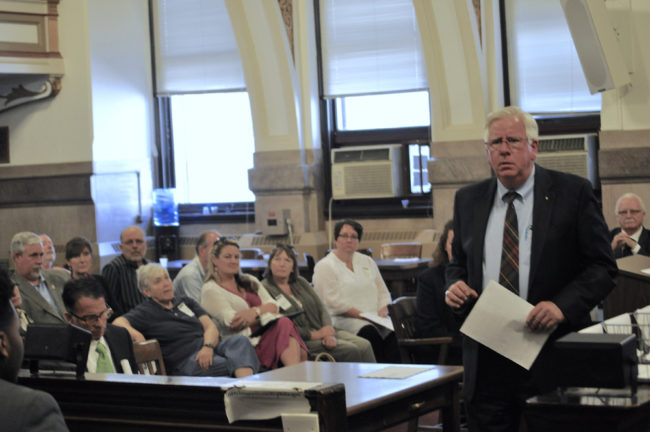 We are honored that our lesson, “Hunger on Trial: An Activity on the Irish Potato Famine and Its Meaning for Today” by Bill Bigelow, was used at the 2016 International Great Hunger Commemoration, an annual event sponsored by the Irish government, held in Philadelphia.

“Hunger on Trial” is a trial role play to determine responsibilty for the death of Irish peasants during the Great Famine, or “an Gorta Mór.” To add to the drama, the role play was conducted in an actual court house. Bob Gessler, vice president of the Irish Memorial, explains:

Participants in the 2016 “Hunger on Trial” activity.

We presented the role play in Court 676 of Philadelphia City, with a sitting judge presiding and two prosecutors (one active, one retired). The defense was handled by two attorneys, two law school students, and a paralegal.

We selected 12 members of the jury from the students of St. Joseph’s Preparatory School, while the remaining students were the defendants. Their ranks were bolstered by three professors of Irish studies and the director of a famine museum in Ireland.

It was an incredible success and one of the highlights of the 2016 International Great Hunger Commemoration.

Read more about the event at the Philadelphia Inquirer. Learn more about the lesson, one of the most popular at the Zinn Education Project website, in “The Real Irish American Story Not Taught in Schools.”

The event was repeated on March 27, 2019 with approximately 115 people in attendance, including students. Here are the people who were involved. 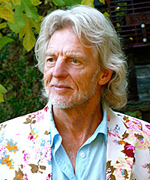