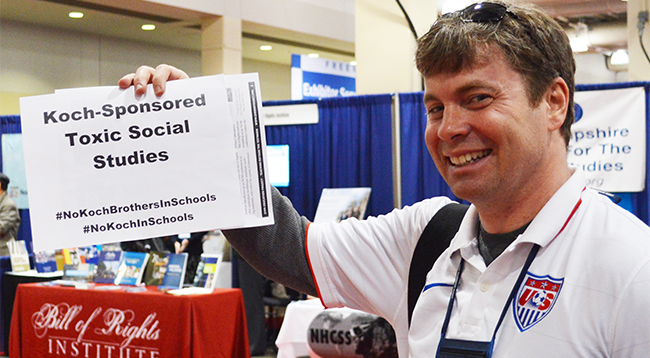 In November of 2014, the Zinn Education Project published a widely circulated exposé of the Koch Brothers influence on K-12 civics education. Called “The Koch Brothers Sneak into School,” the article explained:

We printed #NoKochInSchools signs so that teachers could expose the implications of the Koch Brothers in our schools. Everyone wanted to join in and publicly express their outrage.

Update: The Bill of Rights Institute did not have a booth at the 2015 National Council for the Social Studies (NCSS) annual conference in New Orleans. 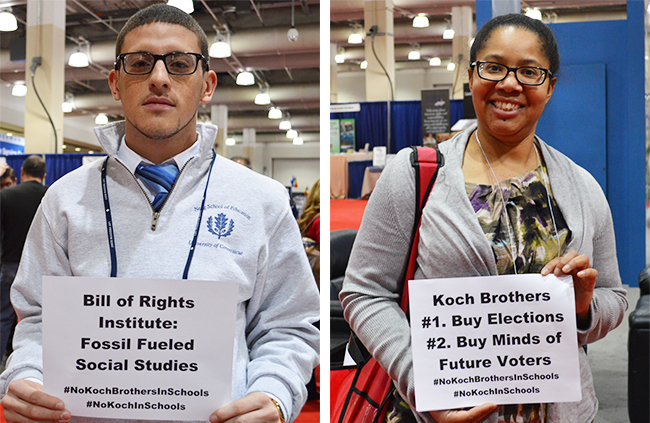 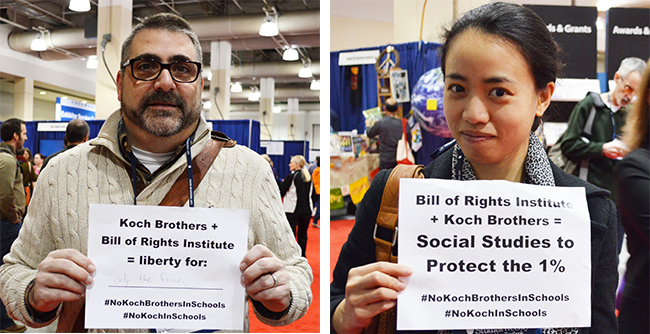 This is just the beginning. Join the campaign.

Article. By Adam Sanchez. If We Knew Our History Series.

For Veterans Day in 2017, the Koch Brothers funded Bill of Rights Institute released a lesson for schools called, “Pat Tillman and Self Sacrifice: A Different Direction.” The lesson exploits the memory of NFL player Tillman, much as the U.S. government did soon after he was killed in Afghanistan on April 22, 2004.

3 comments on “Teachers Say NO Koch in Schools”