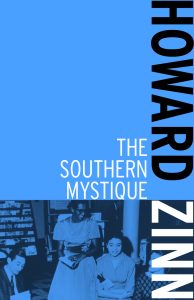 The Southern Mystique was first published in 1964, with articles and essays previously published in magazines and journals. The book is divided into four parts: Is the Southern White Unfathomable?; The “Mysterious” Negro; Albany, Georgia: Ghost in the Cage; and The South as a Mirror. A recent edition of the book was published in 2012.