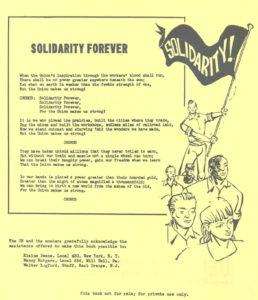 “Solidarity Forever,” written by Ralph Chaplin in 1915, is perhaps the most famous union anthem after “The Internationale.” It is sung to the tune of “John Brown’s Body” and is inspired by “The Battle Hymn of the Republic.”

Although it was written as a song for the Industrial Workers of the World (IWW), other union movements, such as the AFL-CIO, have adopted the song as their own.

Ralph Chaplin (poet, artist, writer and organizer for the IWW) finished writing the song on Jan. 15, 1915, just 6 months before his fellow IWW songwriter Joe Hill was executed. Chaplin wrote “Solidarity Forever” for the march led by Lucy Parsons on Jan. 17, 1915 in Chicago. Ralph Chaplin said “I wanted a song to be full of revolutionary fervour and to have a chorus that was singing and defiant.”

The song has been performed in recent years by musicians such as the late Utah Phillips, and was redone by Emcee Lynx. It is still commonly sung at union meetings and rallies in the United States, Australia, and Canada, and has also been sung at conferences of the Australian Labor Party and the Canadian New Democratic Party. This may have also inspired the hymn of the consumer cooperative movement, “The Battle Hymn of Cooperation”, which is sung to the same tune. [Description adapted from Union Song.]

Listen to a recording.

When the union’s inspiration through the workers’ blood shall run,
There can be no power greater anywhere beneath the sun;
Yet what force on earth is weaker than the feeble strength of one,
But the union makes us strong.

Is there aught we hold in common with the greedy parasite,
Who would lash us into serfdom and would crush us with his might?
Is there anything left to us but to organize and fight?
For the union makes us strong.

It is we who plowed the prairies; built the cities where they trade;
Dug the mines and built the workshops, endless miles of railroad laid;
Now we stand outcast and starving midst the wonders we have made;
But the union makes us strong.

All the world that’s owned by idle drones is ours and ours alone.
We have laid the wide foundations; built it skyward stone by stone.
It is ours, not to slave in, but to master and to own.
While the union makes us strong.

They have taken untold millions that they never toiled to earn,
But without our brain and muscle not a single wheel can turn.
We can break their haughty power, gain our freedom when we learn
That the union makes us strong.

In our hands is placed a power greater than their hoarded gold,
Greater than the might of armies, magnified a thousand-fold.
We can bring to birth a new world from the ashes of the old
For the union makes us strong. 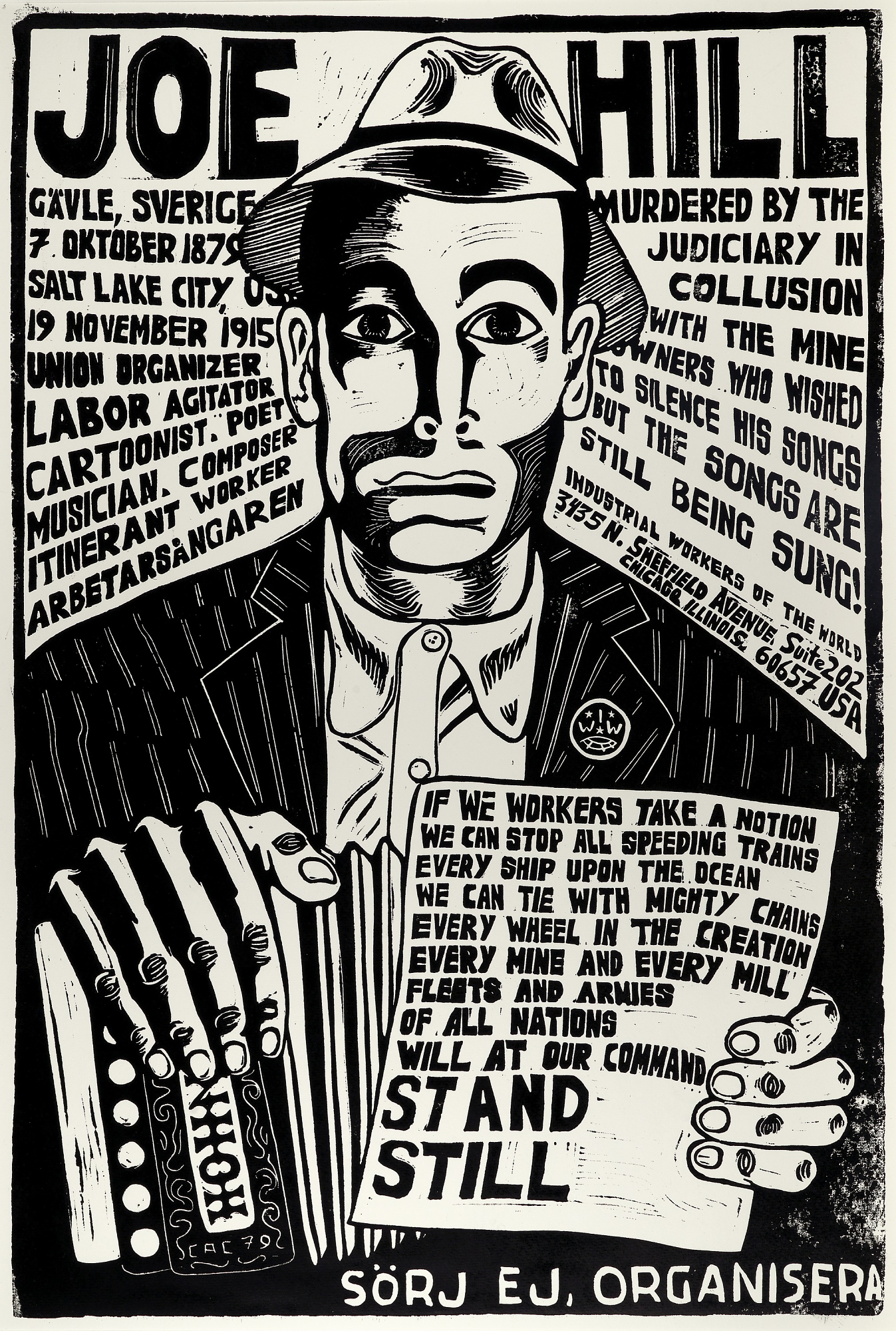 The state of Utah executed Joe Hill, labor organizer, songwriter, and member of the Industrial Workers of the World (IWW).