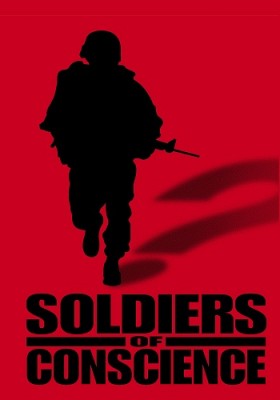 Soldiers of Conscience is a dramatic window on the dilemma of individual U.S. soldiers in the current Iraq War—when their finger is on the trigger and another human being is in their gun-sight. Made with cooperation from the U.S. Army and narrated by Peter Coyote, the film profiles eight American soldiers, including four who decide not to kill, and become conscientious objectors; and four who believe in their duty to kill if necessary. The film reveals all of them wrestling with the morality of killing in war, not as a philosophical problem, but as soldiers experience it — a split-second decision in combat that can never be forgotten or undone.

Soldiers of Conscience is not a film that tells an audience what to think, nor is it about the situation in Iraq today. Instead, it tells a bigger story about human nature and war. The film begins with a little-known fact — after World War II, the Army’s own studies revealed that as many as 75 percent of combat soldiers, given a chance to fire on the enemy, failed to do so. The studies showed that soldiers, despite training, propaganda and social sanction, retained a surprising inhibition when it came to taking human life. The statistics surprised and alarmed America’s generals, who developed training techniques to overcome the reluctance to kill. But if the military found a solution to its problem, the moral contradiction for the individual soldier remained. The mental and emotional burdens carried by soldiers who have killed ripple across America’s families and communities after each of its recent wars. As this film shows, every soldier is inescapably a “soldier of conscience.”