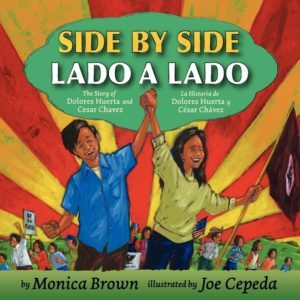 This bilingual picture book tells the story of Dolores Huerta and Cesar Chavez, who organized migrant workers in the 1960s. Brown begins by sketching their upbringings: Huerta, an activist from the start, “raise[d] money for soldiers fighting in World War II,” while Chavez and his family were forced to become migrants themselves. Meeting later, they joined forces to fight for better working conditions—the first of many successes during decades of activism.

Cepeda’s highly textural paintings — using oils, acrylics, and collage — never put the duo on a pedestal, and instead emphasize the power and impact of ordinary but dedicated citizens. [Description from Publishers’ Weekly.] 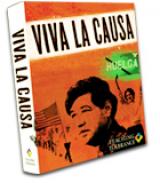 Film. Bill Brummel Productions. 2008. 39 minutes.
A documentary film and teaching guide on the grape strike and boycott led by Cesar Chavez and Dolores Huerta in the 1960s. 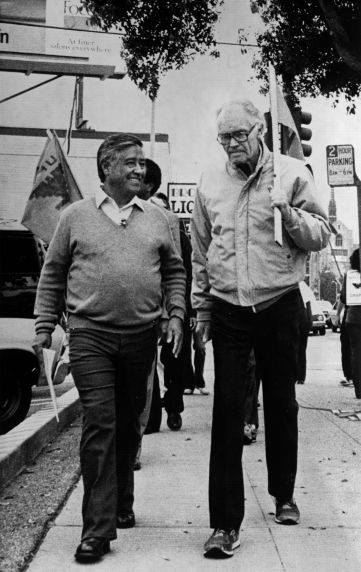 Fred Ross knocked on the door of Cesar Chavez.