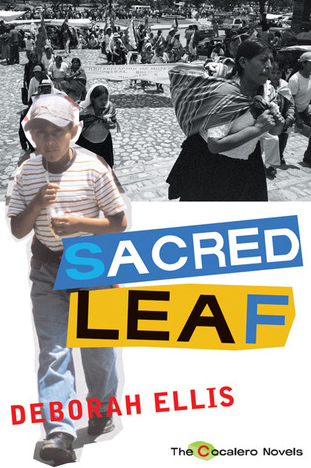 In this sequel to I Am a Taxi, Diego is taken in by the Ricardo family — traditional cocaleros who provide a safe haven while he recovers from his ordeal doing forced labor in an illegal cocaine operation. But even that brief respite comes to an end when the army moves in and destroys the family’s coca crop — and their livelihood. Diego eventually joins the cocaleros as they protest the destruction of their crops by barricading the roads and confronting the army head-on. As tension between the cocaleros builds to a dramatic standoff, he wonders whether he will ever find a way to return to his family.

Sacred Leaf and I Am a Taxi depict the price the war on drugs exacts from the people in Bolivia who have grown coca for legitimate purposes for hundreds of years. The struggles of cocalero farmers to be allowed to grow and sell their crop eventually led to the election of Evo Morales as president of Bolivia. [Publisher’s description.]