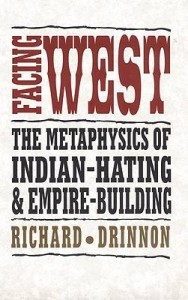 American expansion, says Richard Drinnon, is characterized by repression and racism. In his reinterpretation of “winning” the West, Drinnon links racism with colonialism and traces this interrelationship from the Pequot War in New England, through American expansion westward to the Pacific, and beyond to the Phillippines and Vietnam. He cites parrallels between the slaughter of bison on the Great Plains and the defoliation of Vietnam and notes similarities in the language of aggression used in the American West, the Philippines, and Southeast Asia.