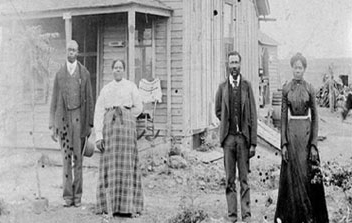 In the 19th and 20th centuries, Blacks were robbed of their land across the U.S. through a variety of techniques.

In 2001, results from an 18-month investigation of Black land loss in America were published by The Associated Press.

It turned up 107 of these land takings, 57 of which were violent, the other cases involved trickery and legal manipulations. Here are eight of these heartbreaking stories. [Atlanta Blackstar]