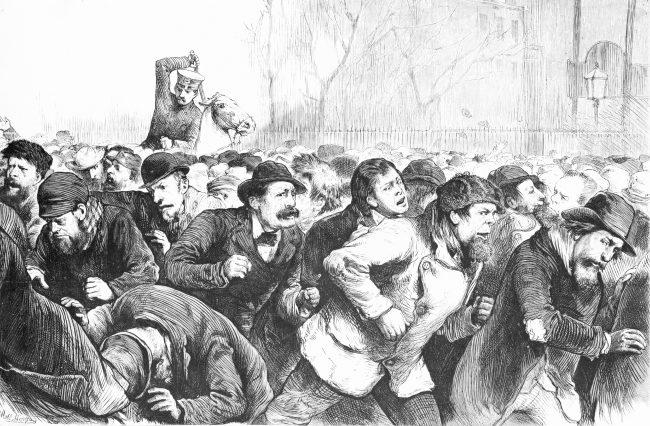 A demonstration was held to lobby for public works projects to provide jobs and police attacked.

Police clubs rose and fell. Women and children ran screaming in all directions. Many of them were trampled underfoot in the stampede for the gates. In the street bystanders were ridden down and mercilessly clubbed by mounted officers.

This is one of many stories of worker protests during this period, described in detail in A People’s History of the United States, Chapter 10: The Other Civil War. 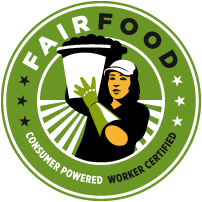 Profile. Overview of the farm labor organization, the Coalition of Immokalee Workers, with artwork by Erin Currier.