On Nov. 26, 1912, Joseph James Ettor, Arturo Giovannitti, and Joseph Caruso were acquitted after one of the most important labor trials of the 20th century. 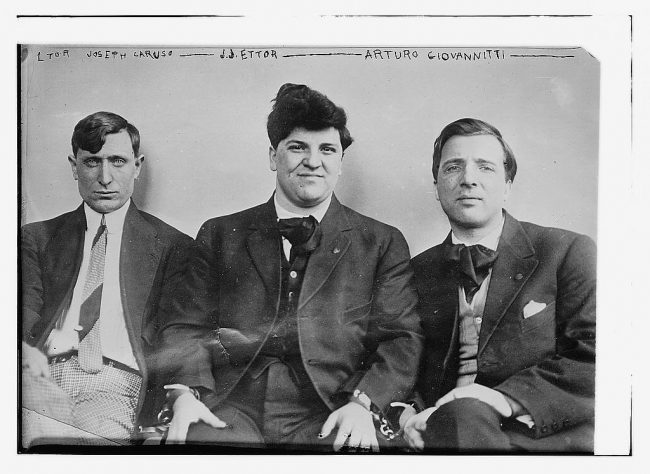 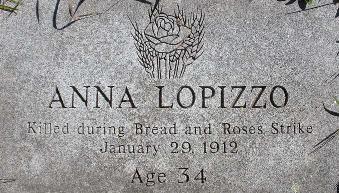 During the 1912 Lawrence Textile Strike, they had been arrested for the murder of striker Anna LoPizzo, even though witnesses testified without contradiction that Ettor and Giovannitti were miles away while Caruso was at home at the time of the killing.

LoPizzo, a bystander when police and strikers we scuffling on Jan. 29, 1912, was struck in the chest by a bullet and died. To this day it is not known whether the bullet was fired by strikers or the police.

The three defendants (political prisoners) were kept in metal cages throughout the trial in the courtroom. As described at Bread and Roses 1912-2012:

Fifteen thousand Lawrence workers went on a one-day strike on September 30, 1912, to demand that Caruso, Ettor, and Giovannitti be released. Swedish and French workers proposed a boycott of woolen goods from the United States and a refusal to load ships going to the U.S.; Italian supporters of Giovannitti rallied in front of the U.S. consulate in Rome.

These international campaigns led to their acquittal.

Teach about the strike with the resources listed below.