On June 27, 1954, democratically elected Guatemalan president Jacobo Árbenz Guzmán was deposed in a CIA-sponsored coup to protect the profits of the United Fruit Company. Arbenz was replaced by decades of brutal U.S.-backed regimes who committed widespread torture and genocide.

This painting by Diego Rivera, “Gloriosa Victoria,” tells the story of the 1954 overthrow of the democratically-elected Jacobo Arbenz government. Coup Colonel Carlos Castillo Armas greets secretary of state John Foster Dulles, who holds a bomb with the face of Eisenhower, surrounded by people who were murdered in the coup. To his left is U.S. ambassador John Peurifoy with military officers and CIA director Allen W. Dulles whispering in his brother’s ear. On the right, the archbishop of Guatemala, Mariano Rossell Arellano, blesses the act, while Guatemalans protest.

Read a description below of the coup in an excerpt from the book Harvest of Empire by Juan Gonzalez.

In similar fashion, the tragedy of modern Guatemala owes its origins to U.S. foreign policy. A garrison state for more than forty years, Guatemala was home to the longest and bloodiest civil war in Central American history. The roots of that war go back to an almost-forgotten CIA-sponsored coup in 1954, which overthrew a democratically elected president.

Throughout the early part of the century, Guatemalan presidents faithfully protected the interests of one landowner above all others, the United Fruit Company. President Jorge Ubico, who ruled the country from 1931-1944, surpassed all his predecessors in the favors he bestowed on UFCO. . . .

Ubico forced Guatemala’s huge population of landless Mayans to work on government projects in lieu of paying taxes. He made all Indians carry passbooks and used vagrancy laws to compel them to work for the big landowners. As for Ubico’s penchant for jailing opponents and stamping out dissent, Washington simply ignored it so long as U.S. investment in the country flourished.

Ubico, like all the region’s dictators, eventually aroused the population against him. In 1944, a coalition of middle-class professionals, teachers and junior officers, many of them inspired by Franklin D. Roosevelt’s New Deal liberalism, launched a democracy movement. The movement won the backing of the country’s growing trade unions and rapidly turned into a popular uprising that forced Ubico to resign.

The first democratic election in Guatemalan history followed in 1945, and voters chose as president Juan José Arévalo, a university philosophy professor and author who had been living in exile in Argentina. Tall, handsome, and heavily built, Arévalo was a spellbinding orator. From the moment he returned home to launch his campaign, he became an almost messianic figure to Guatemala’s impoverished masses. . . .

After six years in office, Arévalo was succeeded by Jacobo Arbenz Guzmán, a young military officer and Arévalo disciple. Arbenz swept to victory in the 1951 elections and vowed to take Arévalo’s peaceful revolution a step farther by redistributing all idle lands to the peasants. Arévalo knew that in a country with no industry to speak of, with more than 70 percent of the population illiterate, and with 80 percent barely eking out survival in the countryside, ownership and control of land was Guatemala’s fundamental economic issue. The county’s soil was immensely fertile, but only 2 percent of the landholders owned 72 percent of the arable land, and only a tiny part of their holdings was under cultivation.

The following year, Arbenz got the Guatemalan Congress to pass Decree 900. The new law ordered the expropriation of all property that was larger than six hundred acres and not in cultivation. The confiscated lands were to be divided up among the landless. The owners were to receive compensation based on the land’s assessed tax value and they were to be paid with twenty-five-year government bonds, while the peasants would get low-interest loans from the government to buy their plots. As land reform programs go, it was by no means a radical one, since it only affected large estates. Of 341,000 landowners, only 1,700 holdings came under the provisions. But those holdings represented half the private land in the country. More importantly, it covered the vast holdings of the United Fruit Company, which owned some 600,000 acres-most of it unused.

Arbenz shocked UFCO officials even more when he actually confiscated a huge chunk of the company’s land and offered $1.2 million as compensation, a figure that was based on the tax value of the company’s own accountants had declared before Decree 900 was passed. United Fruit and the U.S. State Department countered with a demand for $16 million. When Arbenz refused, Secretary of State John Foster Dulles and CIA Director Allen Dulles convinced President Eisenhower that Arbenz had to go. The Dulles brothers, of course, were hardly neutral parties. Both were former partners of United Fruit’s main law firm in Washington. On their advice, Eisenhower authorized the CIA to organize “Operation Success,” a plan for the armed overthrow of Arbenz, which took place in June 1954. The agency selected Guatemalan colonel Carlos Castillo Armas to lead the coup, it financed and trained Castillo’s rebels in Somoza’s Nicaragua, and it backed up the invasion with CIA-piloted planes. During and after the coup, more than nine thousand Guatemalan supporters of Arbenz were arrested.

Despite the violent and illegal manner by which Castillo’s government came to power, Washington promptly recognized it and showered it with foreign aid. Castillo lost no time in repaying his sponsors. He quickly outlawed more than five hundred trade unions and returned more than 1.5 million acres to United Fruit and the country’s other big landowners. Guatemala’s brief experiment with democracy was over. For the next four decades, its people suffered from government terror without equal in the modern history of Latin America. As one American observer described it, “In Guatemala City, unlicensed vans full of heavily armed men pull to a stop and in broad daylight kidnap another death squad victim. Mutilated bodies are dropped from helicopters on crowded stadiums to keep the population terrified . . . those who dare ask about ‘disappeared’ loved ones have their tongues cut out.” 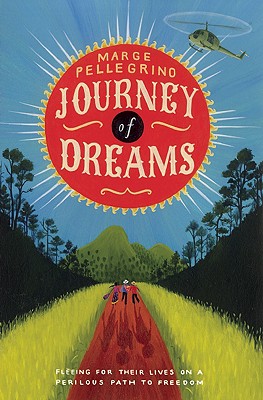 Book — Non-fiction. By Juan Gonzalez. 2011.
An updated and thorough account of the role the United States in the mass migration of Latinos to the U.S.