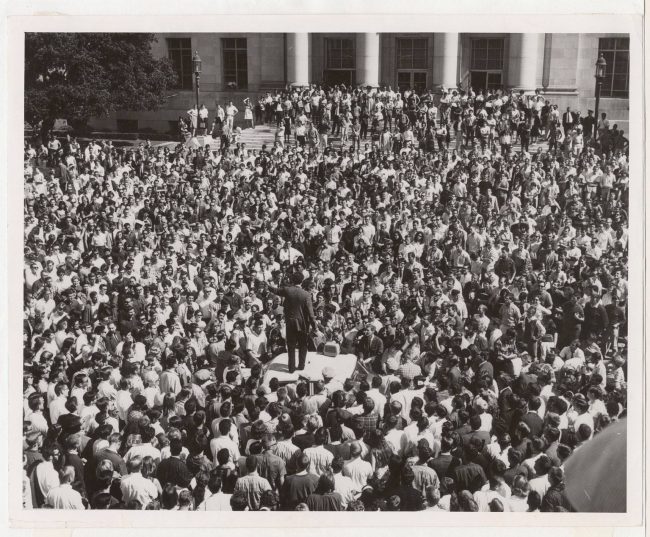 On Oct. 1, 1964, the Free Speech Movement was launched at UC-Berkeley when mathematics grad student Jack Weinberg was arrested for setting up a CORE (Congress of Racial Equality) information table in front of Sproul Hall, the administration building.

Hundreds of students surrounded the police car holding Weinberg for 32 hours, making speeches from atop the car, and ultimately negotiating Weinberg’s release.

The chancellor had been under pressure from the Board of Regents to ban expression of views considered Communist.

The students, inspired by the Southern Freedom Movement, questioned the restrictions. 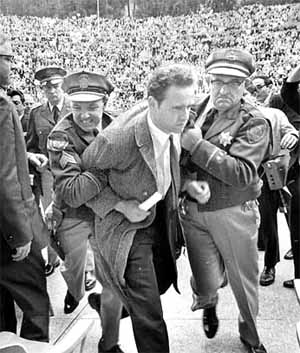